The last few times out have been a little slower. On the 13th, Kris and I went up to Yavapai County to look for some Speckled Rattlesnakes (Crotalus Mitchellii) or maybe a Rosy Boa (Lichanura trivirgata), but struck out. Even that night cruising back to town in the lower elevations that all indications showed would be nice and warm dropped down into the 60’s within minutes of the sun setting.

We did find a young, sleepy Regal Horned Lizard (Phrynosoma solare) laying in the road. He sat perfectly still while we played with our cameras. The only other notable critter of the trip was the bark scorpion that I posted a picture of awhile back. 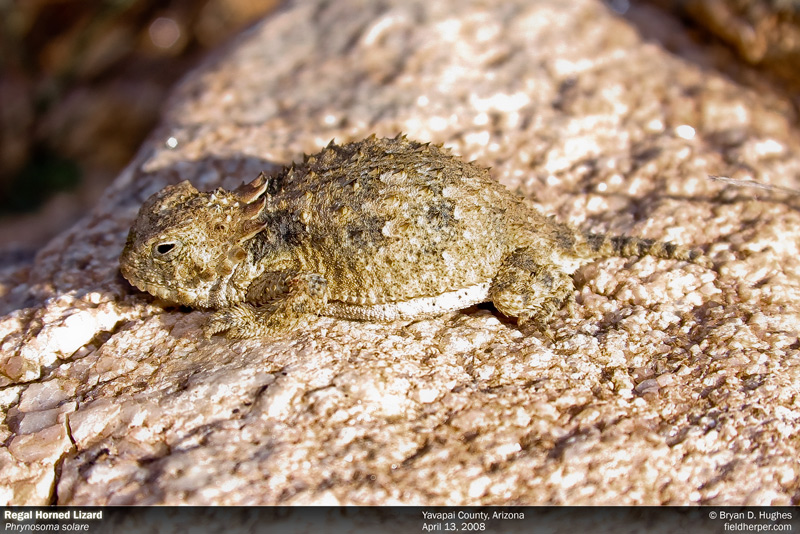 A few nights later Kris and I again had a dead night West of Phoenix. We found one decently-behaved Long-nosed Snake (Rhinocheilus lecontei). 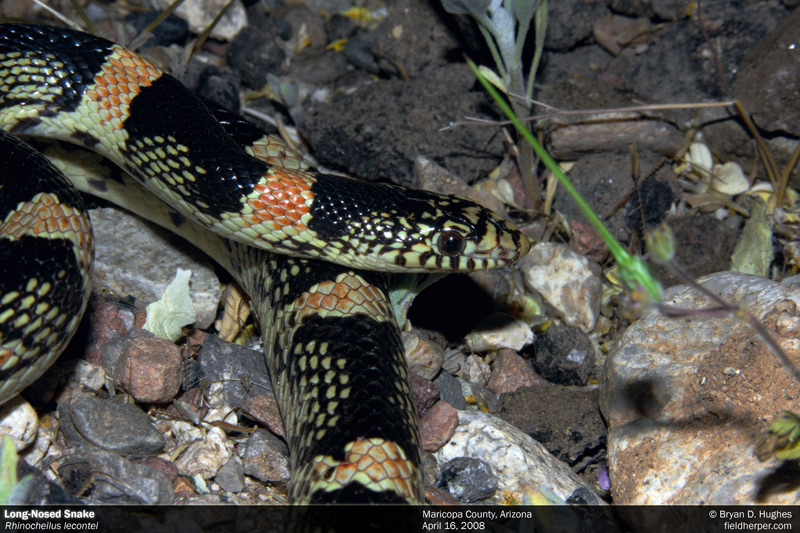 Then, my girlfriend Kelly and I went camping near Payson for the weekend. It was pretty cold all weekend, but I did find a couple of Wandering Gartersnakes (Thamnophis elegans vagrans) near the stream. 2 would have been 4 if my hands were a bit faster and I werent’ so worried about dropping my new camera into the water.

Here’s the first one:

The next 2 pictures are of another one resting in the shade maybe 20 feet away. 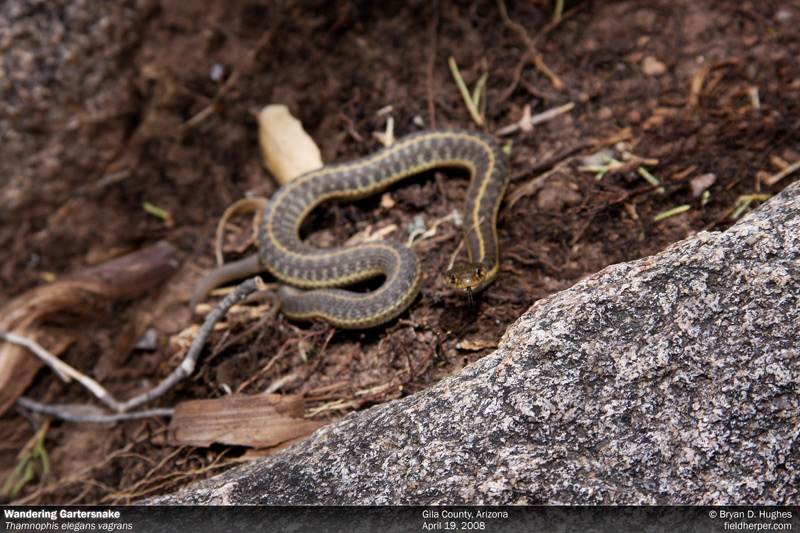 \"Can I eat this big biped coming this way?\" 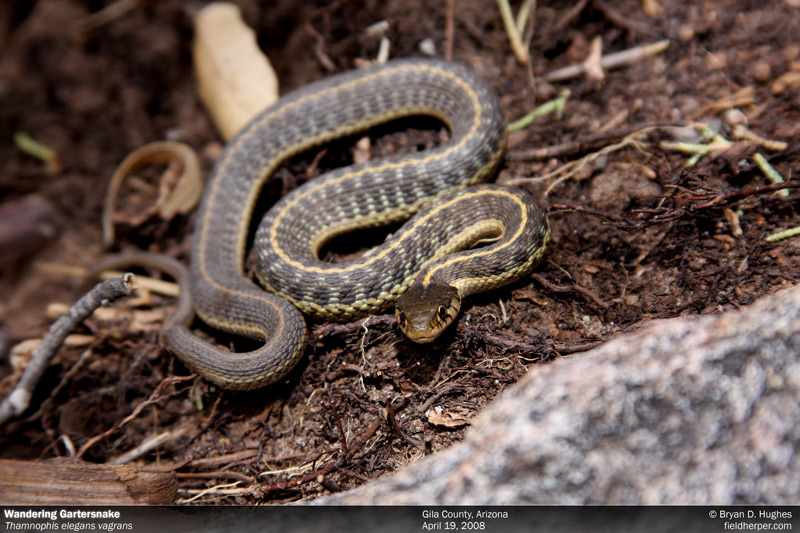 … and that’s pretty much it for the last week. Hopefully the rest of April will treat me a little better.

This entry was posted on Monday, April 21st, 2008 at 8:16 pm and is filed under Field Herping, Photography. You can follow any responses to this entry through the RSS 2.0 feed. You can leave a response, or trackback from your own site.