On Tuesday night I headed off into the Superstition mountains for a 4-day springtime trip to try and see whatever could be seen. I would be meeting up with a pair of Timber rattlesnake researchers from Pennsylvania the next day to try and find a Black-tailed Rattlesnake (Crotalus molossus) Unfortunately, the weather did not agree with my plans. A cold front moved in to place just as quickly as I did, and the normal April daytime temperatures of 90 degrees dropped to a windy 75. Evening air temperatures were as low as the upper 50’s by 9pm, creating quite a challenge for the next few days. The original plan was to visit the mountains to the South East of Tucson, but I thought we’d have a better chance in my favorite local range, the Superstition mountains to the East of Phoenix.

It was a good sign when I saw this Ground Snake (Sonora Semiannulata) within minutes of arriving on location. 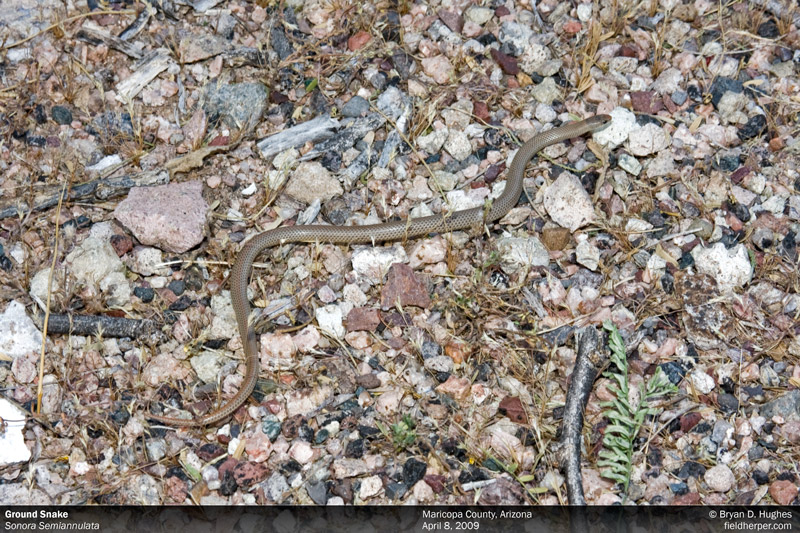 Here he is again without the Flash, in the dramatic late-afternoon lighting. I prefer this sort of shot than the ‘field guide’ style above. 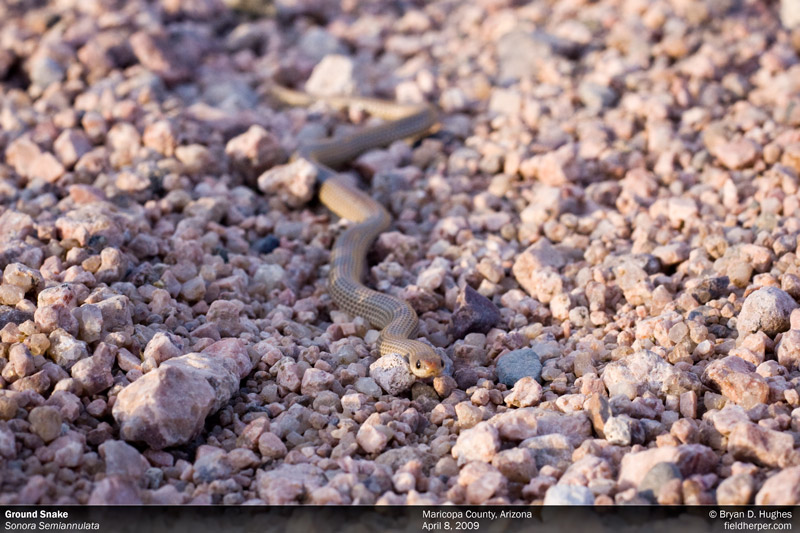 When I was done photographing, I watched it crawl into a crack in a rock cut, which was also inhabited by a sub-adult Chuckwalla. The only part visible was the tail; evidence that somebody isn’t as sneaky as they think they are. 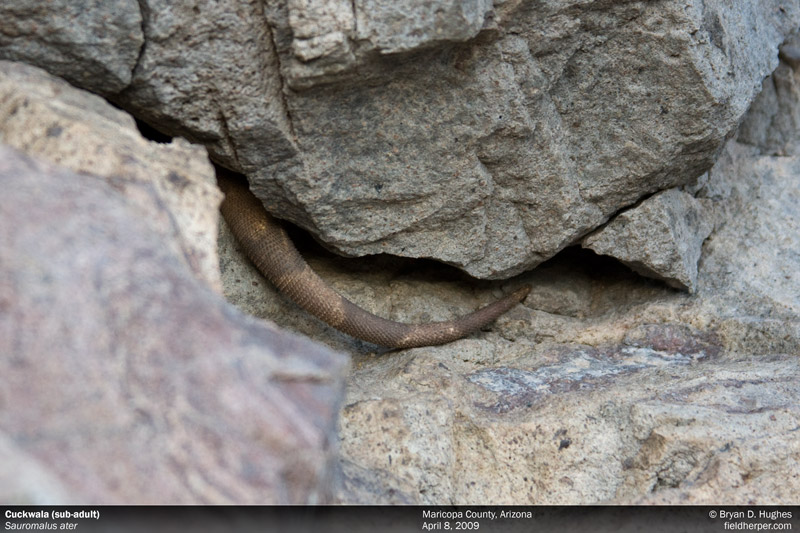 The evening lighting can be quite dramatic in the canyon. I haven’t been able to accurately portray how this place looks with my photos. 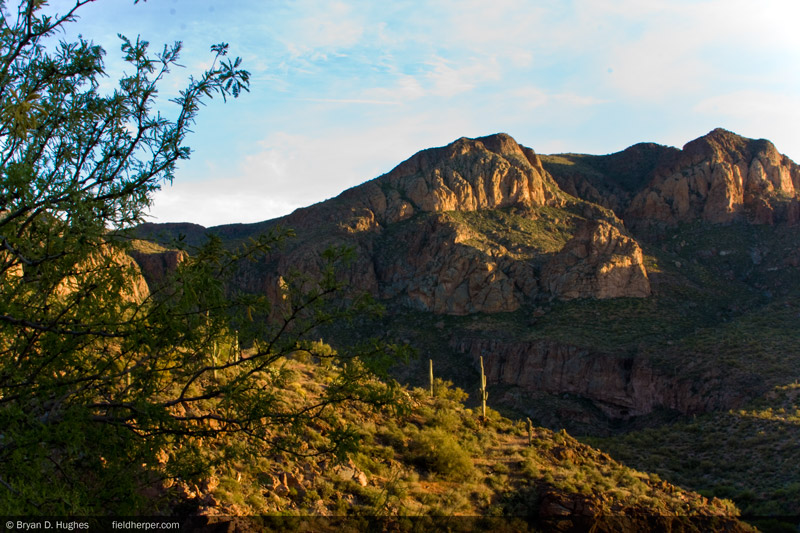 One last photograph for this portion of the story; a large Red Spotted Toad (Bufo punctatus): 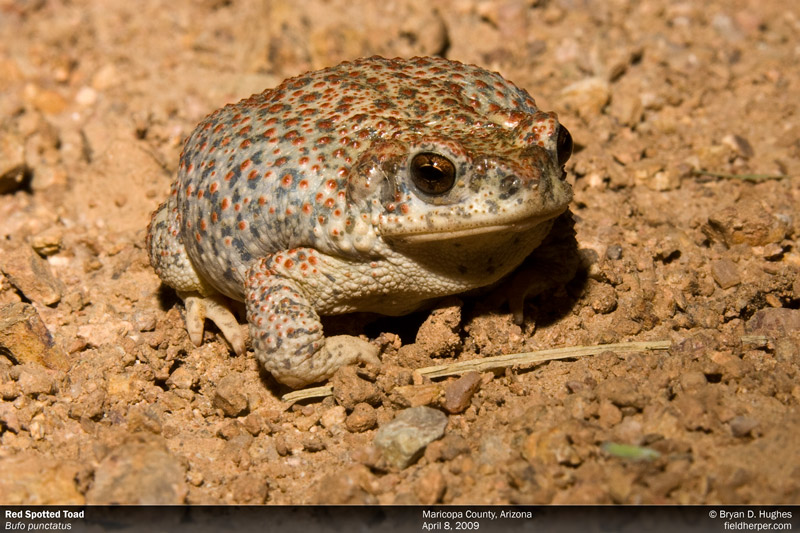 This entry was posted on Friday, April 10th, 2009 at 10:29 pm and is filed under Field Herping, Field Trips, Photography. You can follow any responses to this entry through the RSS 2.0 feed. You can leave a response, or trackback from your own site.

2 Responses to “Quality, Not Quantity (part 1)”