In the morning, the first thing I found was a biggie for me. It was a Gila Monster (Heloderma suspectum), only my second find of this animal. 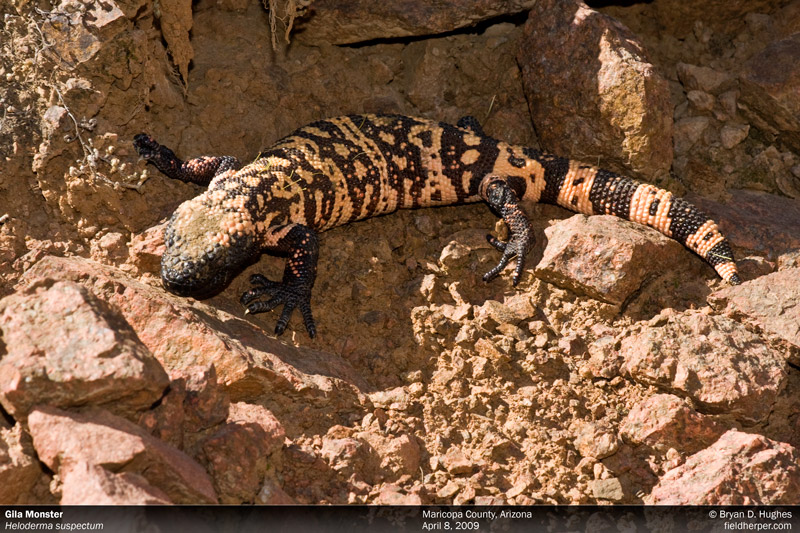 I took a lot of pictures. I’ve only seen 2 in so many trips to the desert, who knows when the next one would be. 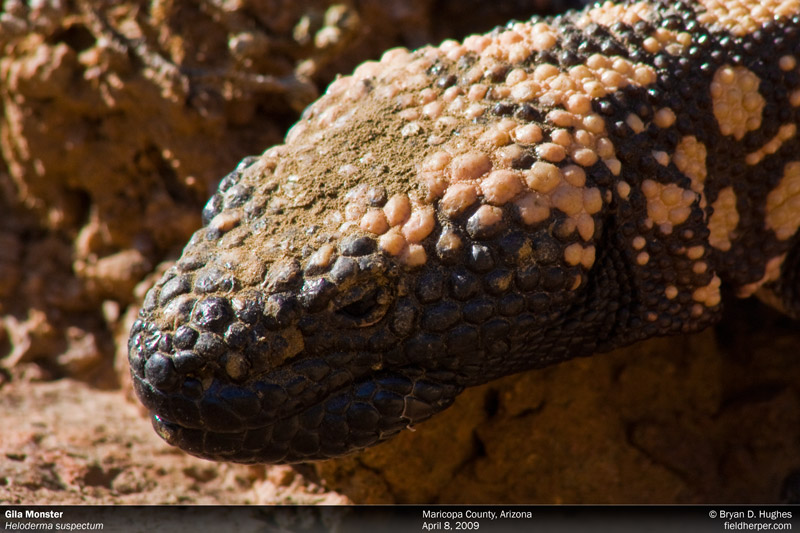 Although they’re venomous, the bite is most likely not going to be fatal to a human unless there’s some other problem going on. Unlike rattlesnakes, their bite is purely defensive. They’re slow moving animals who just want to get away, and will face you and slowly back up to cover if bothered. I tried my best to keep my distance and let this one do what he was doing and get my photos without hassling him. It was on its way somewhere and I was pleased to follow it for awhile as it did what Gila Monsters do.

Also found with the earlier-mentioned coral snake was this big gross desert bug, the Arizona Desert Centipede (Scolopedra heros arizonensis). They’re the largest centipede in the U.S., capable of reaching up to 12 inches in captivity. Always cool to see, they are one of the few things out here that just creep the hell out of me. 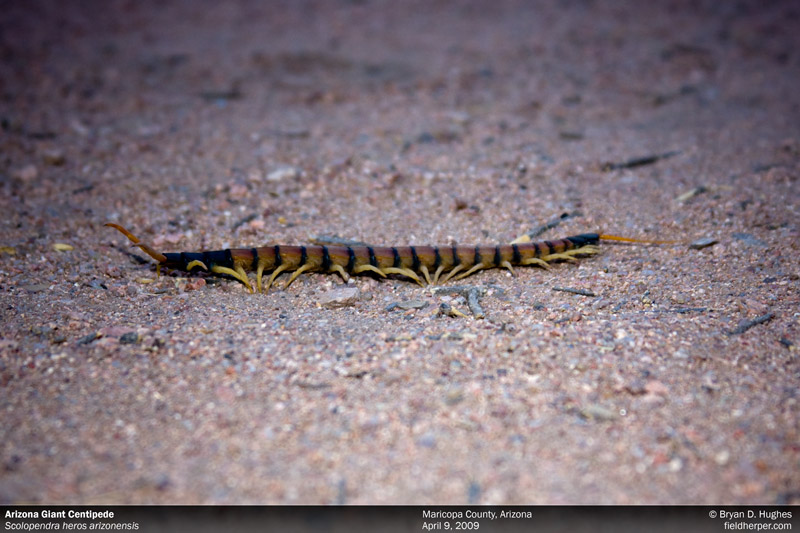 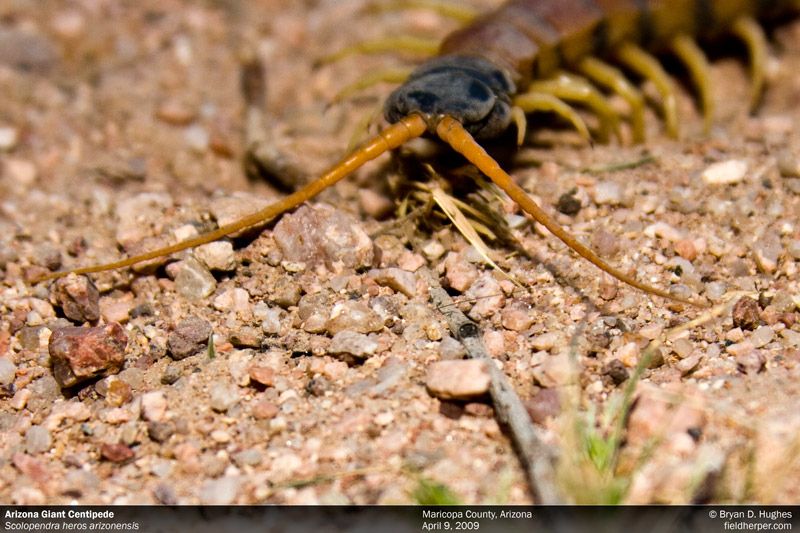 Here’s one crawling on a boot, just so you can see how big these things are and why they make me feel like a scared little girl when I’m around them. 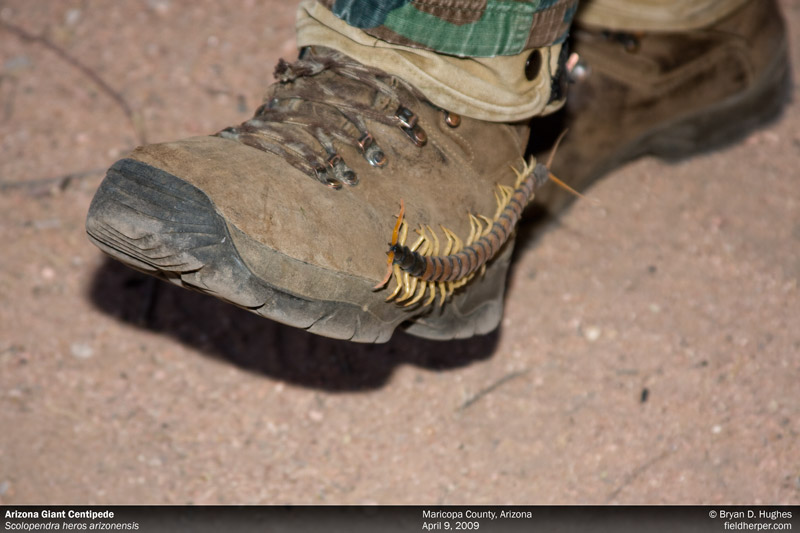 I went back to town at this point to meet up with a couple of guys from Pennsylvania who were out in Arizona to see some desert animals. Right away, we were able to photograph this young adult Sonoran Gophersnake (Pituophis catenifer affinis) enjoying the warm dirt roads of Apache Junction. 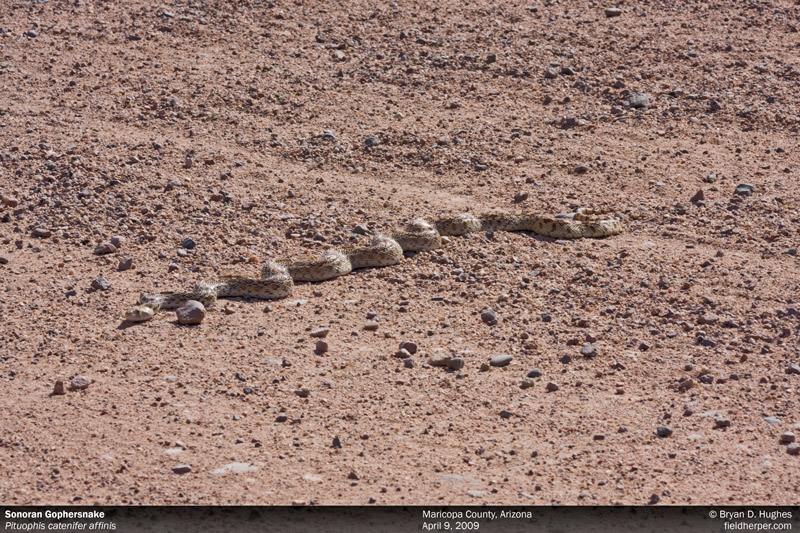 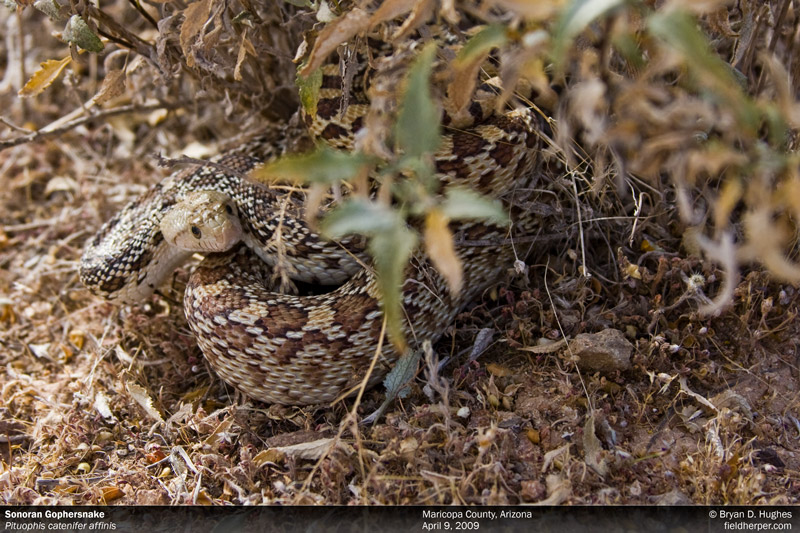 This entry was posted on Friday, April 17th, 2009 at 8:59 pm and is filed under Field Herping, Field Trips, Invertebrates, Photography. You can follow any responses to this entry through the RSS 2.0 feed. You can leave a response, or trackback from your own site.