That’s what I thought when I encountered my first long-nosed snake (Rhinocheilus lecontei) several years ago. Many snakes have a defensive behavior called “musking” that’s an evacuation of feces and various smelly whatnot from the cloaca. Some go a step further and write around in it to cover themselves in a disgusting mess, making them less appetizing. I must say it works. The long-nosed snake brings blood to the mix, leading me to believe the first several I picked up had been hit by a car before I found them.

Here’s one I moved off the roadway, which covered itself (and my hands) in it’s own poop and blood along the way. 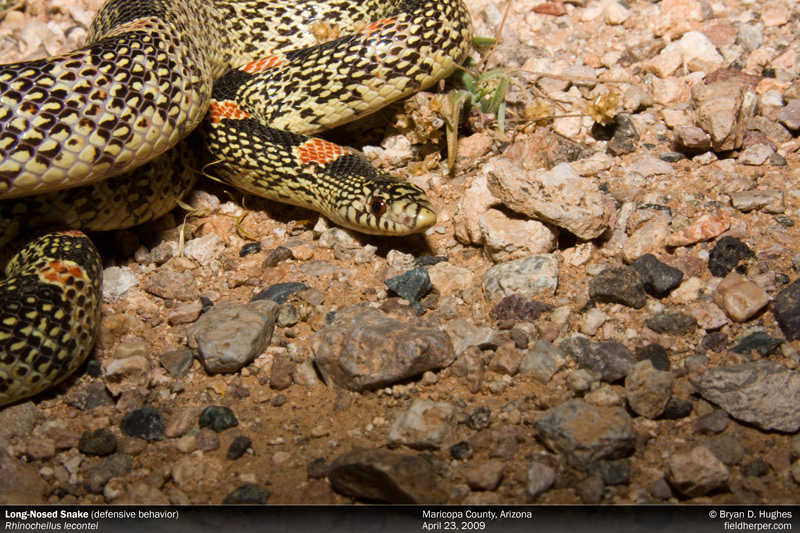 This entry was posted on Tuesday, June 9th, 2009 at 3:00 pm and is filed under Field Trips. You can follow any responses to this entry through the RSS 2.0 feed. You can leave a response, or trackback from your own site.

One Response to ““I Think it’s Injured””