Conditions were a little shakey as we got our hotel room for the night. It had been downpouring all day, and the streets were flooded with 6″ or more of water. The same was true for the habitat that we could see. Temperatures were also 10 degrees below where we wanted them, and it was only 4:30pm. Our hope was that our search area, 20 miles away, had not been hit as hard, and the ground would regain some heat in the final hours before dark.

Things went well, to say the least. In our first outing looking for Hopi Rattlesnakes, we found 5 of them. I did as I always do with something new to me; I took way too many pictures. I’ll split them up over the course of several posts. Here is the first. 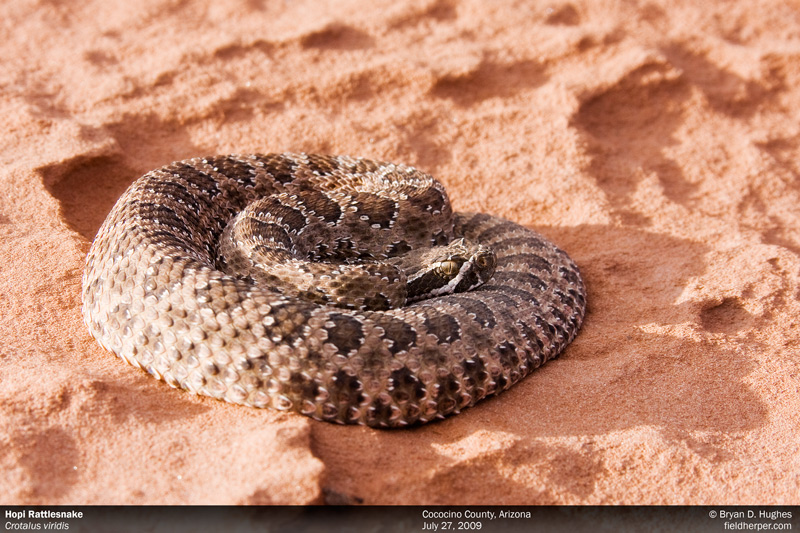 This entry was posted on Friday, August 28th, 2009 at 9:05 pm and is filed under Field Herping, Field Trips. You can follow any responses to this entry through the RSS 2.0 feed. You can leave a response, or trackback from your own site.