Here’s a rarity for this website and me in general, a rattlesnake found far from Arizona. I went up to my 10 year highschool reunion in 2007, but ended up spending most of my time in the hills surrounding my hometown armed with a lot more knowledge about how to find the local rattlesnakes. This one was as big as any rattlesnake I’ve ever seen in Arizona, and extremely aggressive towards me. It’s a Great Basin Rattlesnake, Crotalus oreganus lutosus, which can be found in Arizona as well, though I have not yet gone looking for them. I found a few others in my time up there, and I’ll post those at another time. My camera gear and photographic skill were both severely lacking at the time, so it’s hard to get over myself on some really unfortunate missed shots. 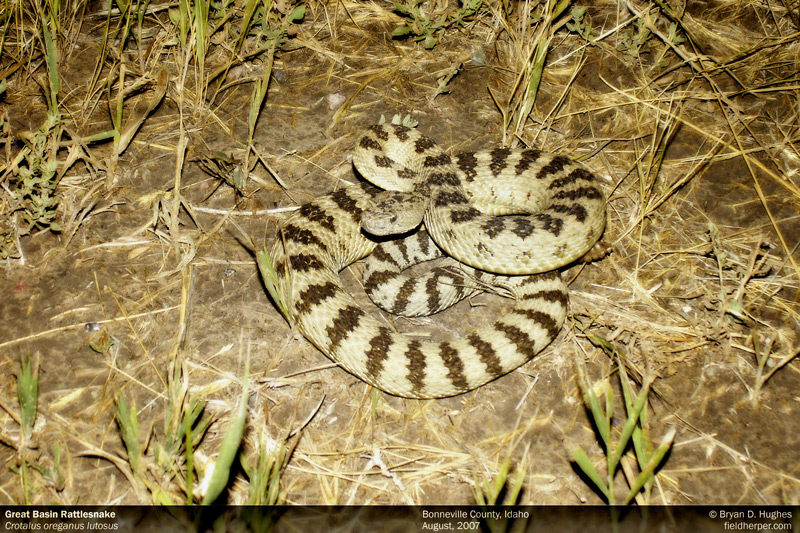 This entry was posted on Friday, February 26th, 2010 at 8:00 pm and is filed under Field Herping. You can follow any responses to this entry through the RSS 2.0 feed. You can leave a response, or trackback from your own site.

One Response to “A Big Great Basin Rattlesnake from Bonneville County, Idaho”