This one isn’t technically wild; he was captured by my snake removal service at a home in Phoenix and this is the the wash where he’s released. I don’t usually photograph the releases, but he looked cool on the white rocks, so here he is. Gophersnakes like this are the second most common animal I am called to capture around Phoenix. Western Diamondback Rattlesnakes are the first. 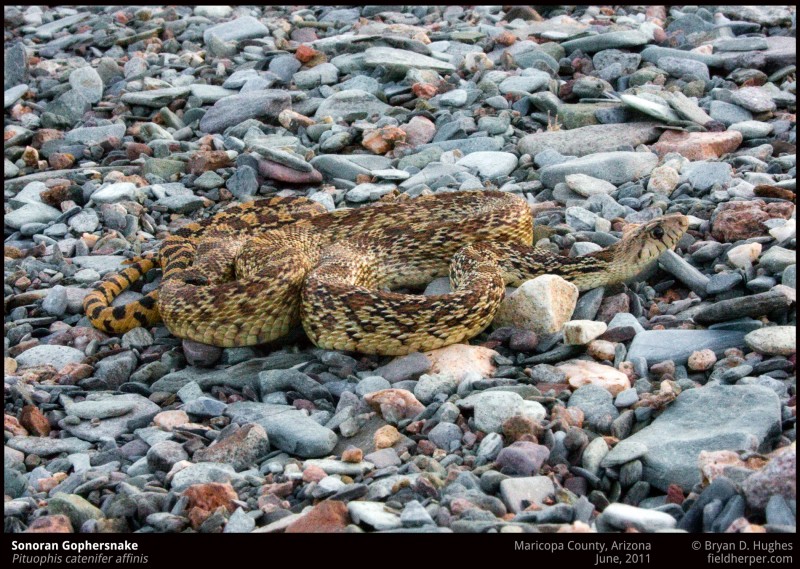 This entry was posted on Monday, September 26th, 2011 at 8:45 am and is filed under Field Herping, Relocation & Rescue, Snakes. You can follow any responses to this entry through the RSS 2.0 feed. You can leave a response, or trackback from your own site.