Field notes and photography by Bryan D. Hughes
May
21st
2012

Surprisingly, we didn’t see a Northern Watersnake, Nerodia sipedon sipedon, on my first trip out East last year. Being incredibly common throughout most of the US, it’s more surprising to me I’d never even seen any species of Nerodia! The first one happened unceremoniously by noticing that one of the ‘frogs’ spooked into the water while walking a ponds edge was actually a snake. I didn’t even know what it was until later, out of the sunlight, where I could examine the photograph in the viewfinder of my camera to learn that I had just photographed my first of the species. 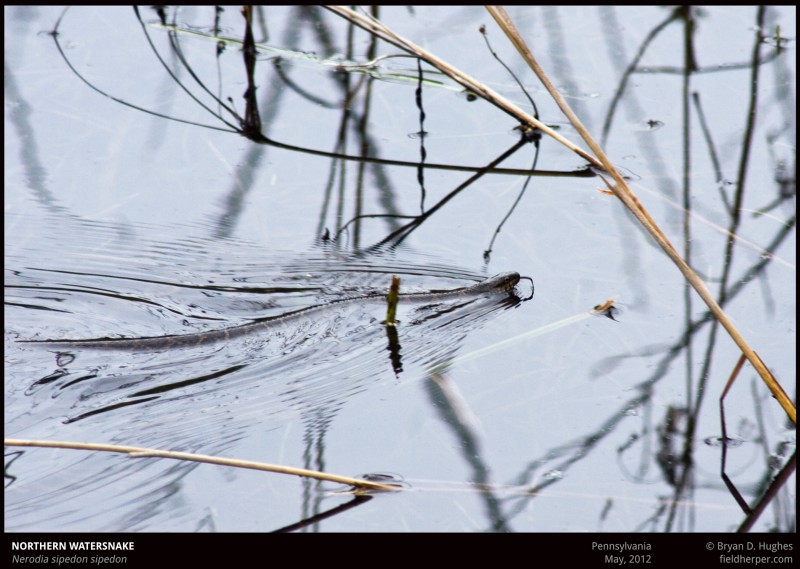 A short time later, before I had even learned that the above snake was a watersnake, I spotted on sticking its head out of the rocks catching some rays.

Then I got to experience Nerodia’s famous personality, as well as it’s anticoagulant saliva. 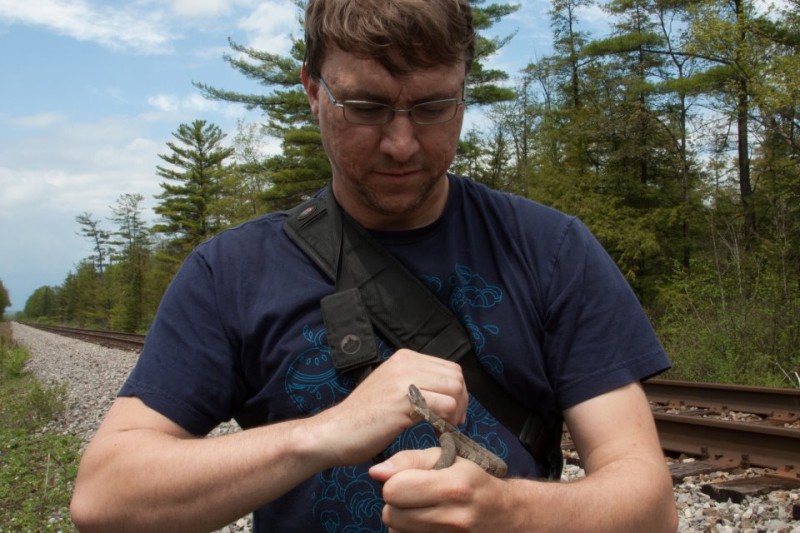 This entry was posted on Monday, May 21st, 2012 at 8:57 am and is filed under Field Herping, Personal, Photography, Snakes. You can follow any responses to this entry through the RSS 2.0 feed. You can leave a response, or trackback from your own site.

2 Responses to “My first Northern Watersnake”