We saw this big diamondback out crawling around in the late afternoon in February. Western Diamondbacks can be seen on their first trips away from winter densites that time of year, though this one was headed out a bit further than I’d expect him. He’s a large snake I’ve seen many times in one of the city parks, living in a hole just 10 feet or so from a very busy trail. Much like many of the very large rattlesnakes that I have seen, he doesn’t like to rattle, and just crawls along his way if given the chance. Unlike a lot of the snakes in that particular wash, he’s looking very healthy, and I look forward to seeing him again this summer. 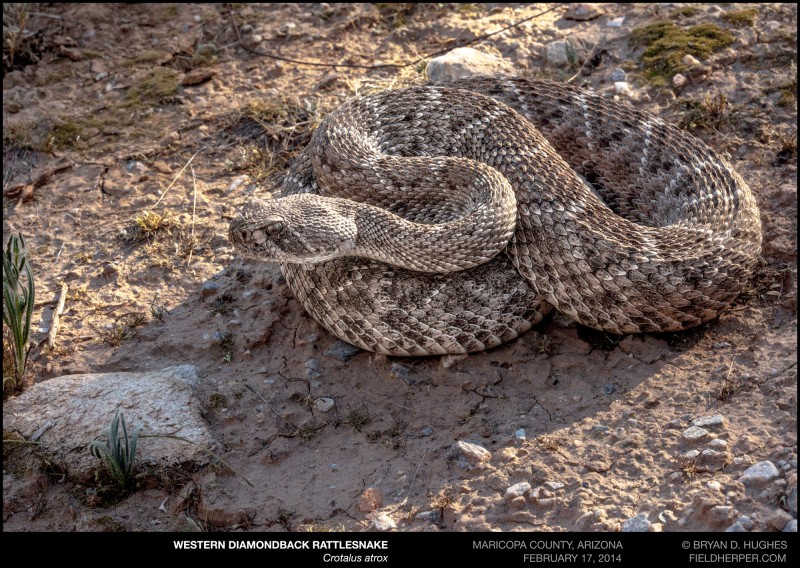 This entry was posted on Tuesday, July 15th, 2014 at 8:39 am and is filed under Field Herping, Snakes. You can follow any responses to this entry through the RSS 2.0 feed. You can leave a response, or trackback from your own site.