Once named a subspecies of prairie rattlesnake (Crotalus viridis nuntius), these little orange guys are now just considered a local phenotype. They’re usually referred to as “Hopi” rattlesnake as a common name, despite having no taxonomic difference with the rest of prairie rattlesnakes … confusing for sure, but an example of how common names and the associated latin can advance at different speeds. 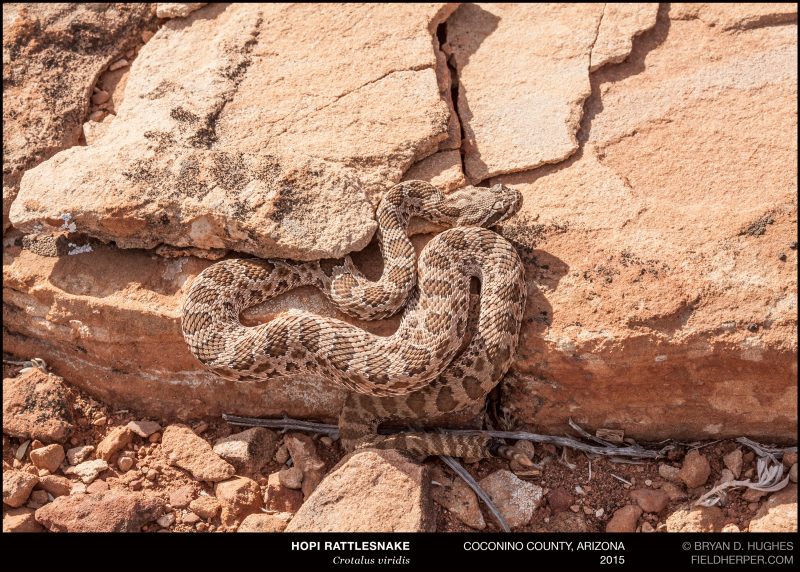 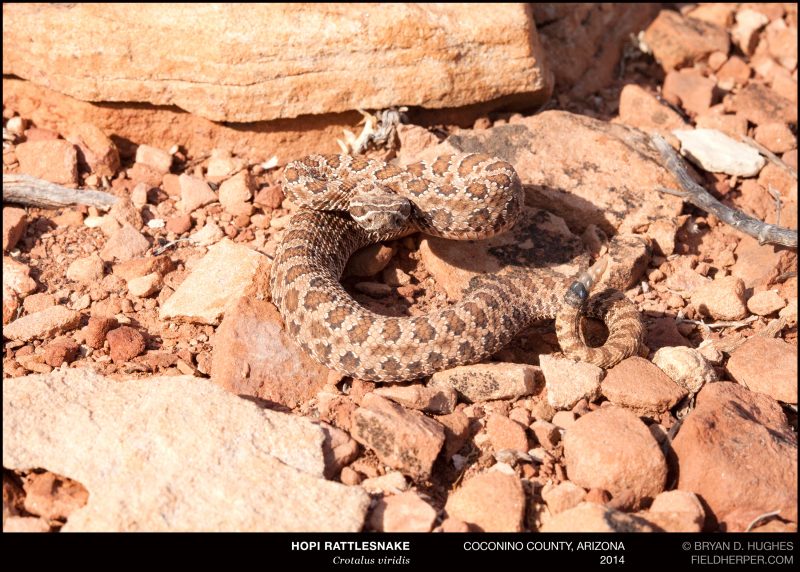 This entry was posted on Wednesday, March 15th, 2017 at 8:00 am and is filed under Field Herping, Snakes. You can follow any responses to this entry through the RSS 2.0 feed. You can leave a response, or trackback from your own site.