Hands On with a Snake that Hates Hands

I love coachwhips (Coluber flagellum). They’re big, fast, aggressive, and will bite you several times more than may seem prudent … all the good stuff in a snake. Kelly and I managed to find this one as it sprinted across the road early in the morning just North of Tuscon. We see lots, but the trick is catching them. They’re fast and have the best disappearing act of about any snake out here.

When we got there, it froze and then tried to go right through me. As soon as it was obvious that wasn’t going to work, it reared up like a cobra and decided to go the other route. I managed to get to where I was sitting on it without being bitten, but I can’t say the same for my poor hat.

Anyway, after awhile we got some decent pictures. These snakes have a notoriously nasty temper so we did what we could. 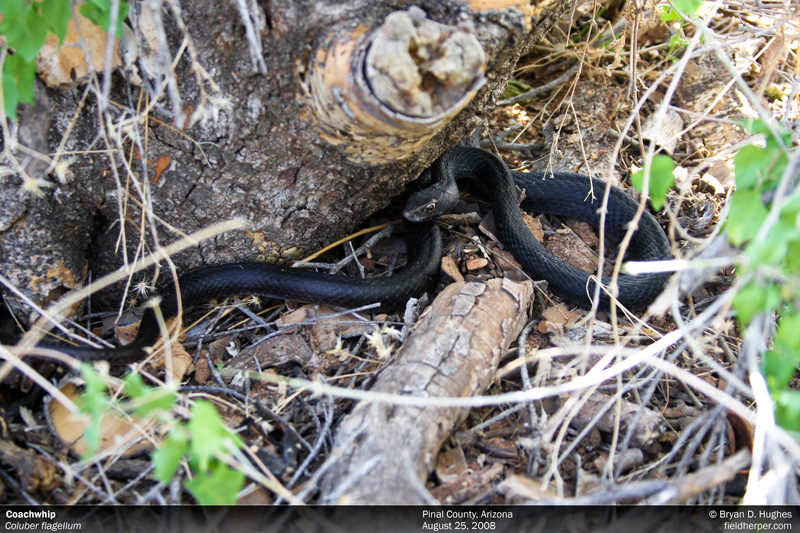 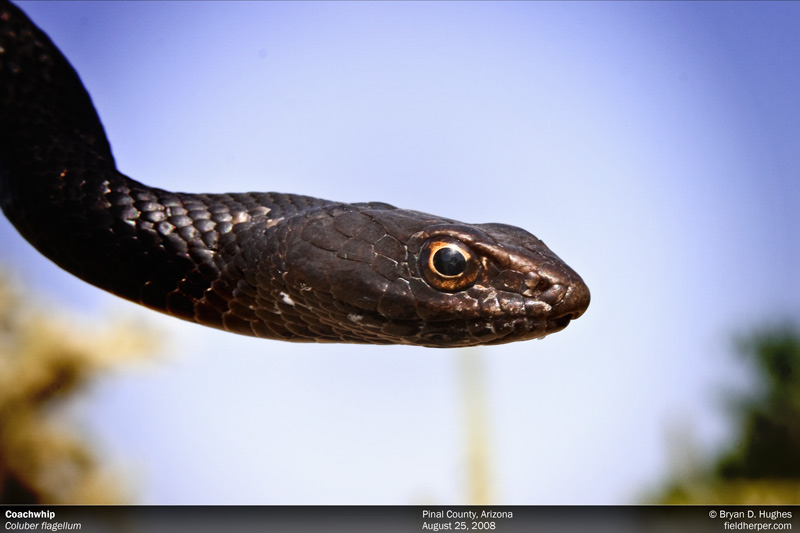 Some hats were harmed in the making of these photographs. 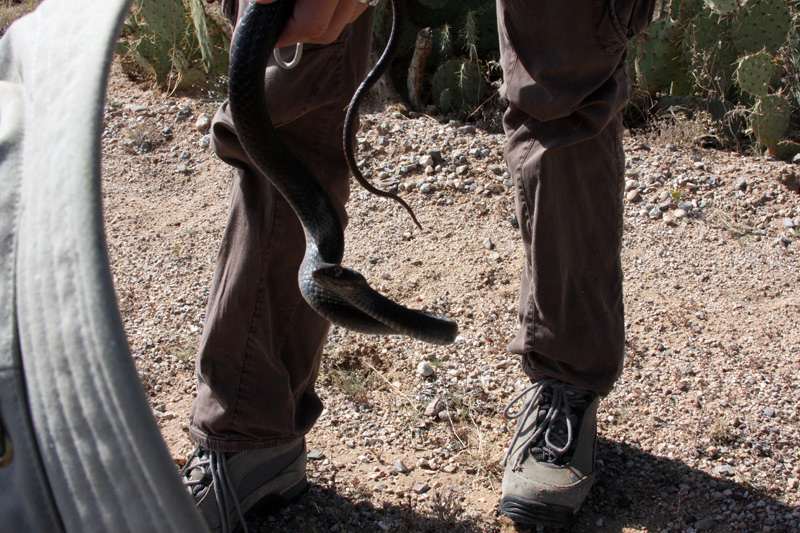 The plan was basically “you hold it by the tail while I keep it’s toothy attention with my hat until it’s tired”. Those feet belong to my brave girlfriend.

This entry was posted on Thursday, November 27th, 2008 at 12:37 pm and is filed under Field Herping. You can follow any responses to this entry through the RSS 2.0 feed. You can leave a response, or trackback from your own site.

One Response to “Hands On with a Snake that Hates Hands”