Field notes and photography by Bryan D. Hughes
May
1st
2009

The ground temperatures eventually got higher and we decided to head back to try another wash that had more cover, where I’d previously seen many of our target species, the Black-Tailed Rattlesnake (Crotaluss molossus). On the way, I jumped up and across a large boulder, setting off a short, barely audible “chk chk chk” in the darkness below which one of my herping partners was able to hear. I jumped off the rock and saw a loop of a large, desert phase Black-Tailed Rattlesnake disappearing into the depths. Finally our target species!

This is my favorite species of the rattlesnakes that I have encountered in Arizona. They’re fairly common, but I never get tired of seeing them and the amazing variety of colors they seem to come in. This one was typical of the greenish, moderately contrasted animals I encounter in the Superstition mountains. 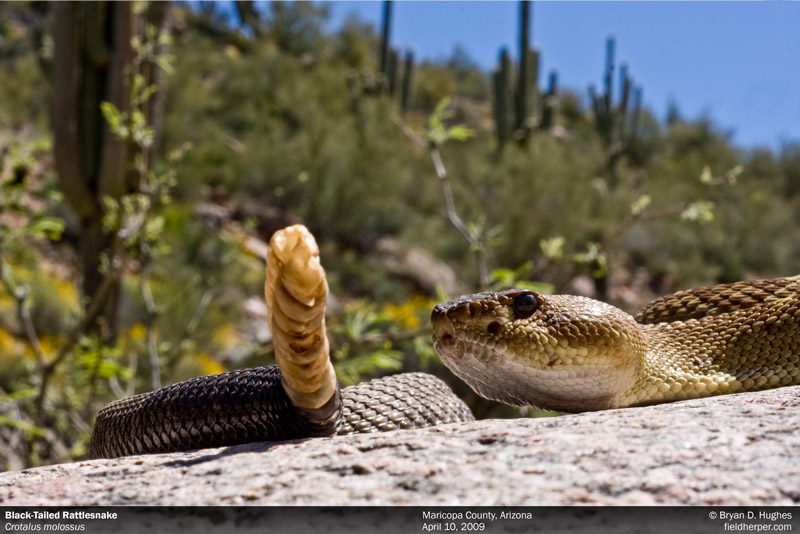 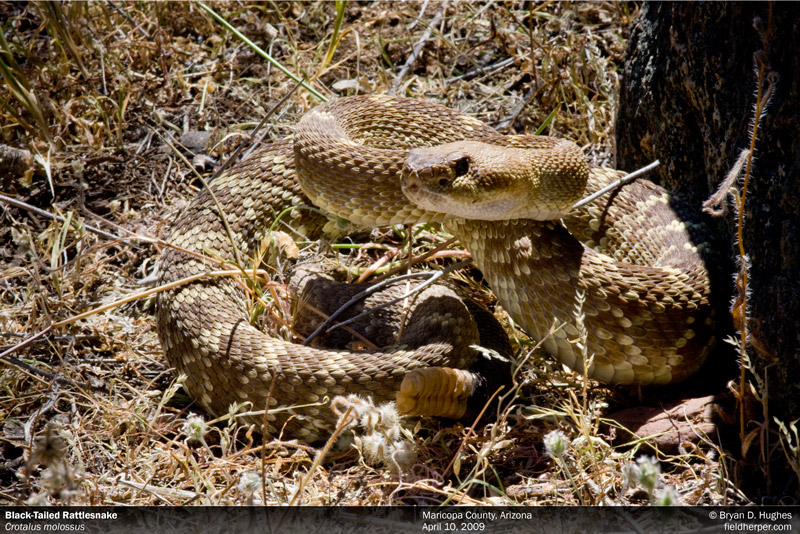 It was released back to the boulder where we found it, and we went back to hike the originally planned upon wash, to no result other than another group of perfectly camoflaged canyon treefrogs (Hyla arenicolor). 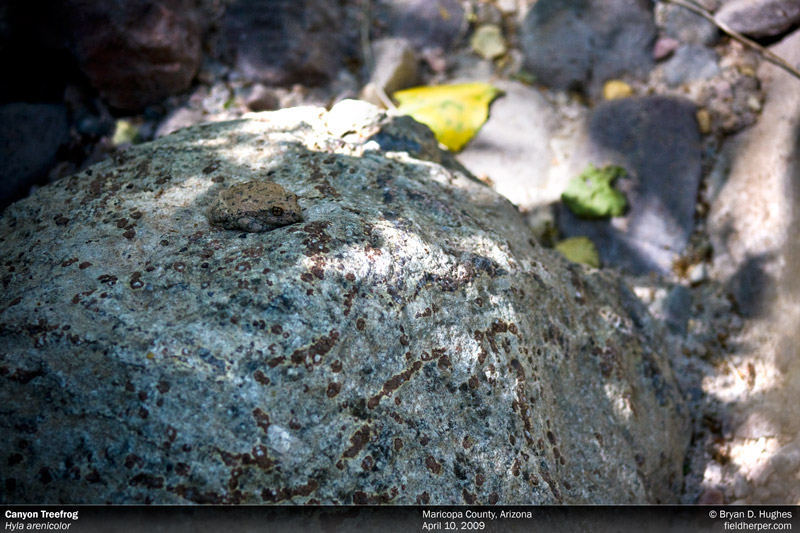 This entry was posted on Friday, May 1st, 2009 at 9:45 pm and is filed under Field Herping, Field Trips, Photography. You can follow any responses to this entry through the RSS 2.0 feed. You can leave a response, or trackback from your own site.