We spent a little time in the Santa Rita mountains South of Tucson in mid July to see what there is to see. The weather actually was pretty horrible for what we were trying to do, but we had to go to Tucson to pick up a few enclosures and thought we might as well make the most of the trip. What we found were 5 rattlesnakes, one of which was the largest rattlesnake I have ever seen in Arizona, as well as a new one for my life list.

The previous night we didn’t see much, except for a pissy Sonoran Gophersnake, Pituophis catenifer affinis, or two. 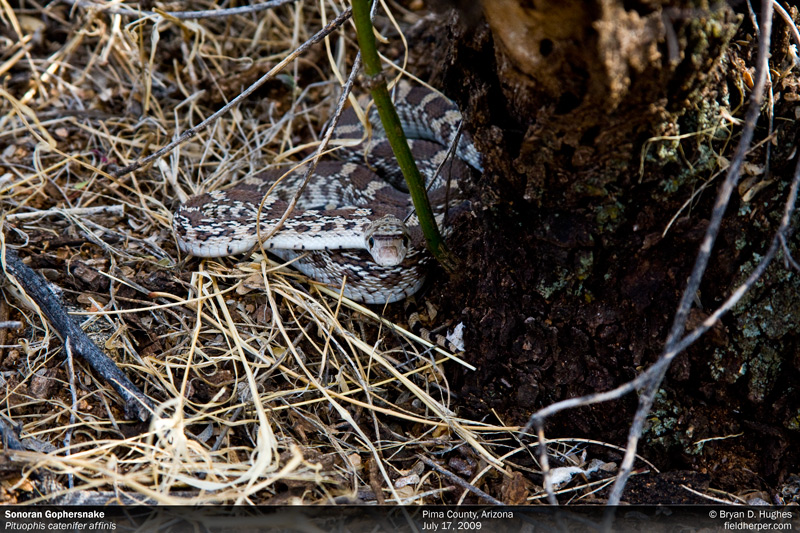 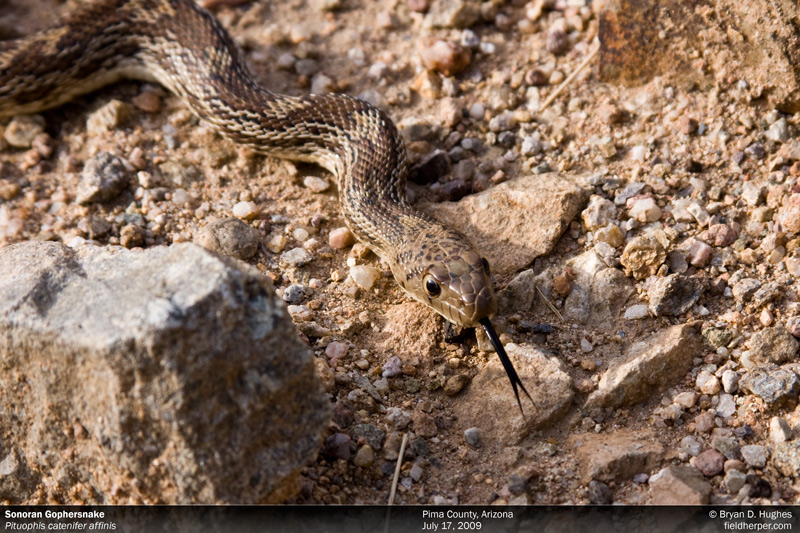 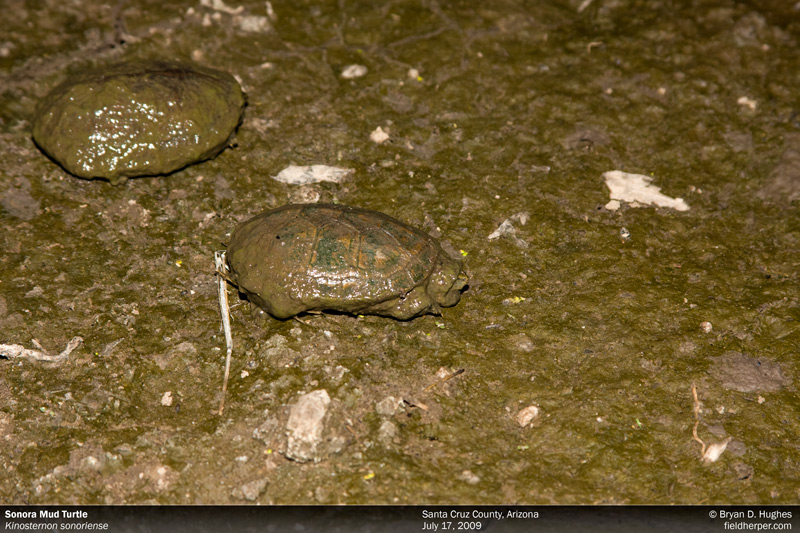 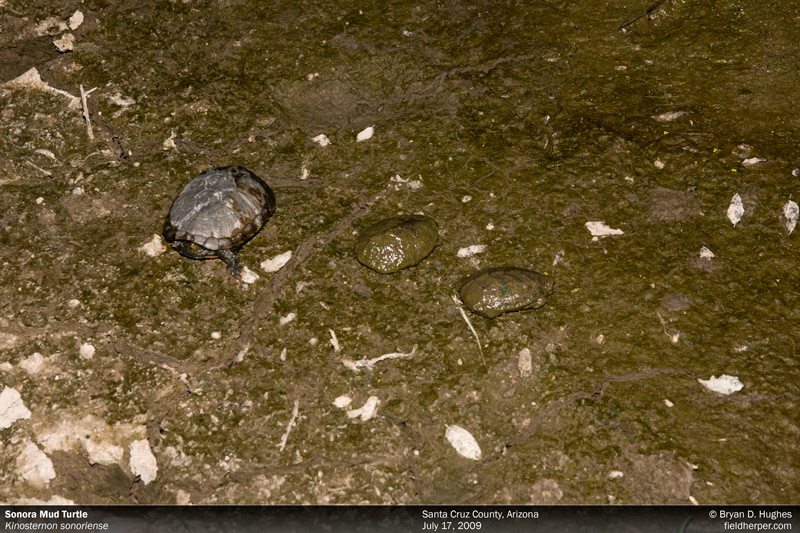 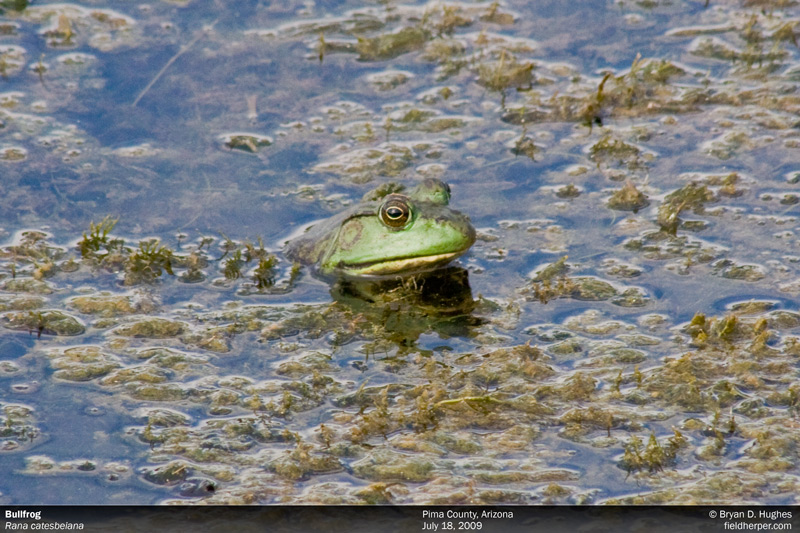 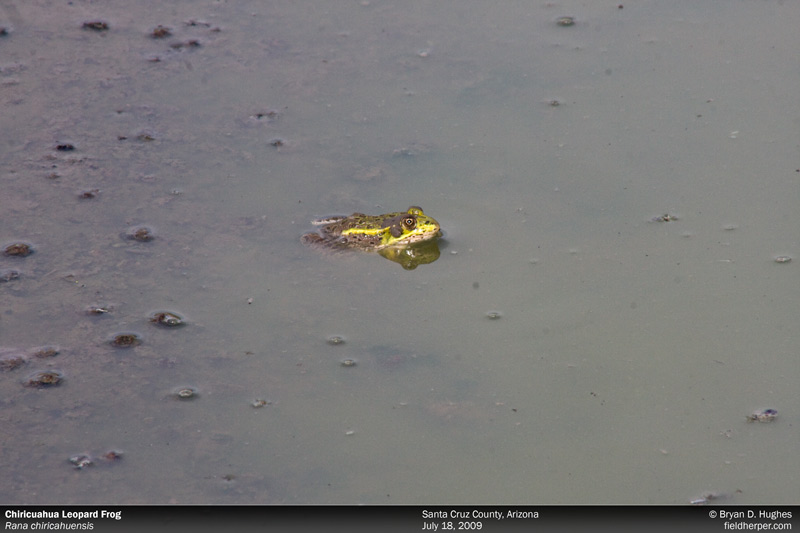 The dry and the heat gave us an uneventful first evening and early morning hike, except for this Ring-Necked Snake, Diadophis punctatus. It was the first either of us had ever seen of this snake, despite it being fairly common throughout much of the state. 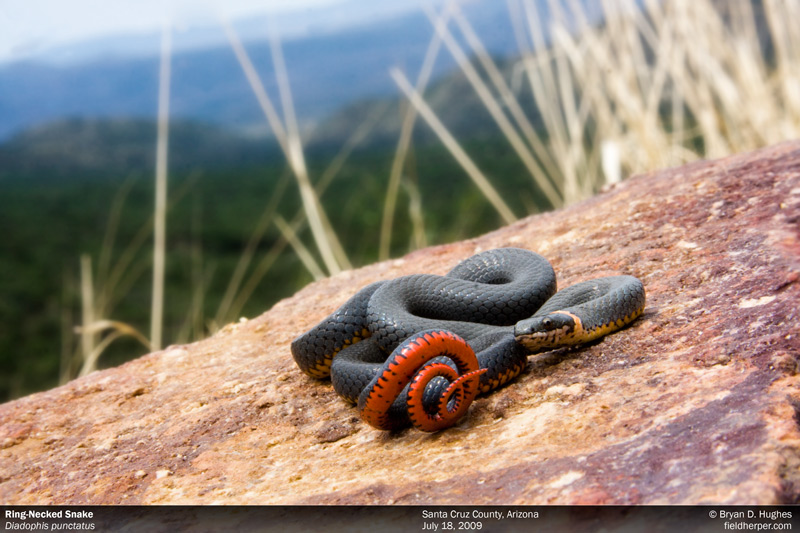 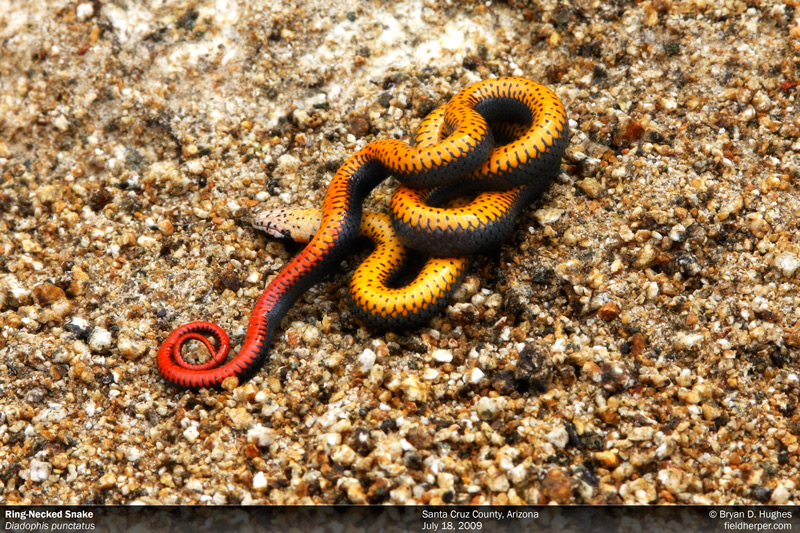 A look at the brilliantly colored underbelly. 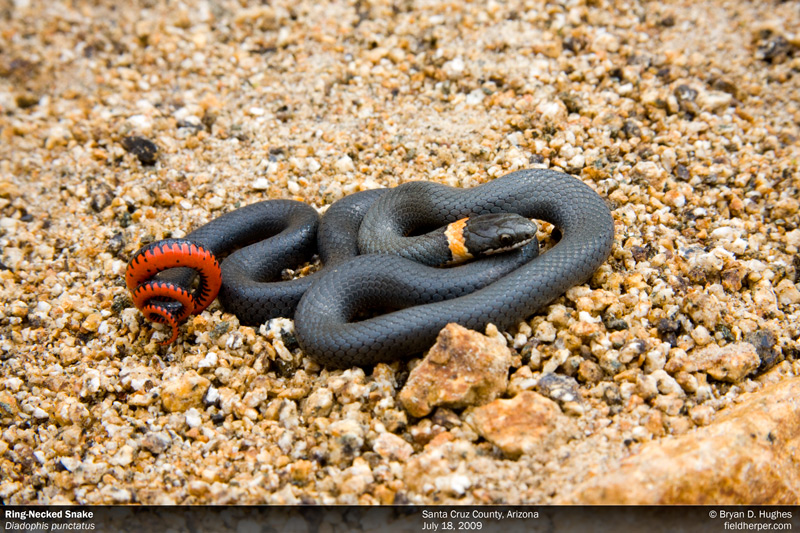 This entry was posted on Friday, September 4th, 2009 at 5:16 pm and is filed under Field Herping, Field Trips. You can follow any responses to this entry through the RSS 2.0 feed. You can leave a response, or trackback from your own site.