The Least Expected Rattlesnake Ever

I was out cruising for snakes with my brother in August of 2010 in the sandy flats West of Phoenix and found something I never expected to. Where we were was the land of mojaves, sidewinders, and other flat-land loving sand surfers … quite far from the nearest rocky foothills where speckled rattlesnakes and blacktailed rattlesnakes can be found. Regardless, we found one! Even though it is plainly a C. molossus I was staring at, it was a situation where my brain wouldn’t let me believe it.

He’s missing the usual black eyescale that these guys have, and is a pretty standard desert-phase coloration. He was found crossing the road near a canal, so the best I can figure is that he was crawling between rock piles somewhere off on the horizon and got “stuck” against the uncrossable line, and had followed it here.

Interestingly enough, it’s not the first time I’d found a ‘mountains only’ kind of snake in this spot. The lyresnake (another snake that lives in the hills and mountains) in my collection was found less than a quarter mile from this spot. Strangeness. 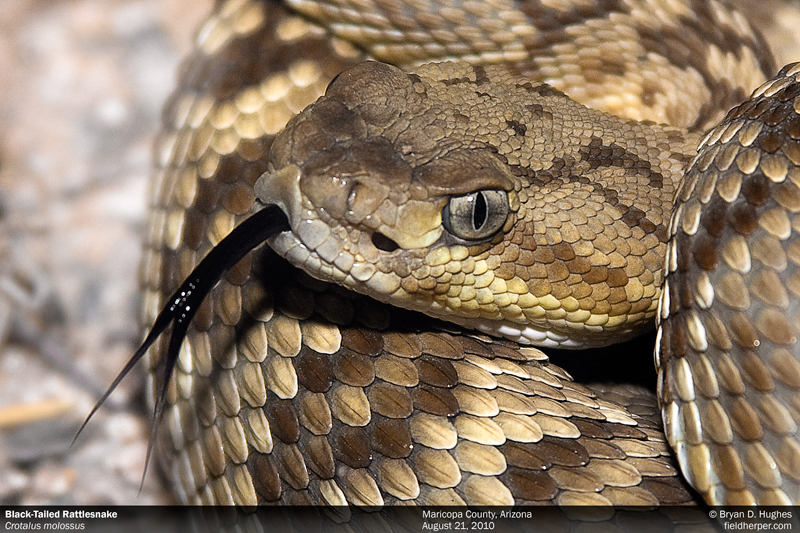 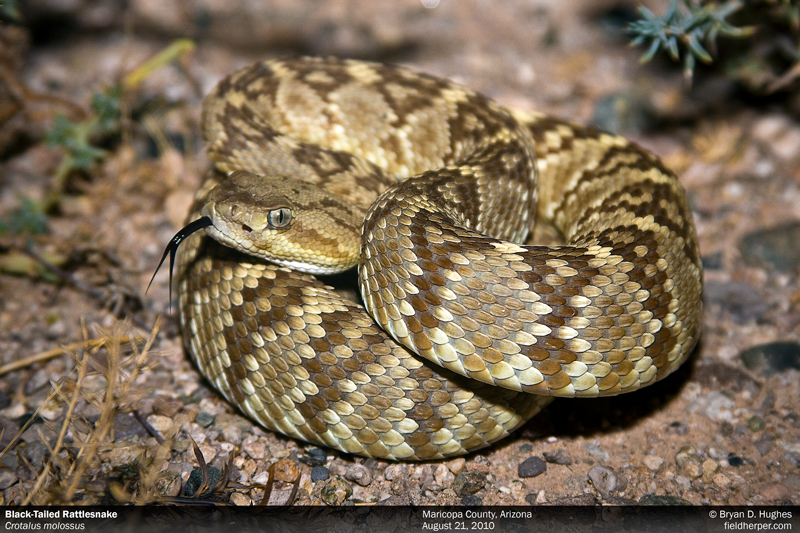 This entry was posted on Monday, February 21st, 2011 at 7:19 am and is filed under Behavior, Field Herping, Research. You can follow any responses to this entry through the RSS 2.0 feed. You can leave a response, or trackback from your own site.

6 Responses to “The Least Expected Rattlesnake Ever”