My second eastern milksnake was found under a rock while we were looking (unsuccessfully) for copperheads. It was a lot smaller than I thought it would be, assuming they’d start life out somewhere near the size that I see our Lampropeltis of similar adult size. He sat on some nice contrasting moss for a bit for some photos before he was returned to under the rock where he was found. 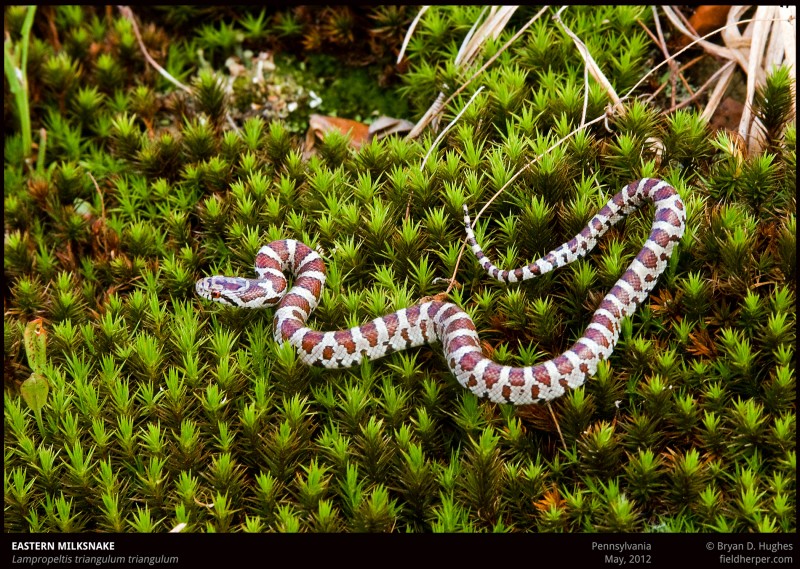 This entry was posted on Friday, June 8th, 2012 at 8:01 am and is filed under Field Herping, Snakes. You can follow any responses to this entry through the RSS 2.0 feed. You can leave a response, or trackback from your own site.