This year we caught and relocated a record number of blue speckled rattlesnakes from the South Mountain area. In the process, I finally “unlocked” the species and can now find them easily, where before I had a bit of a tough time in that range. The two that got the revelation started told the tale when released to nearby rocks. It’s clear to see why this light blue coloration, which stands out like a sore thumb anywhere else, makes perfect sense. When in its environment, these snakes are nearly invisible. 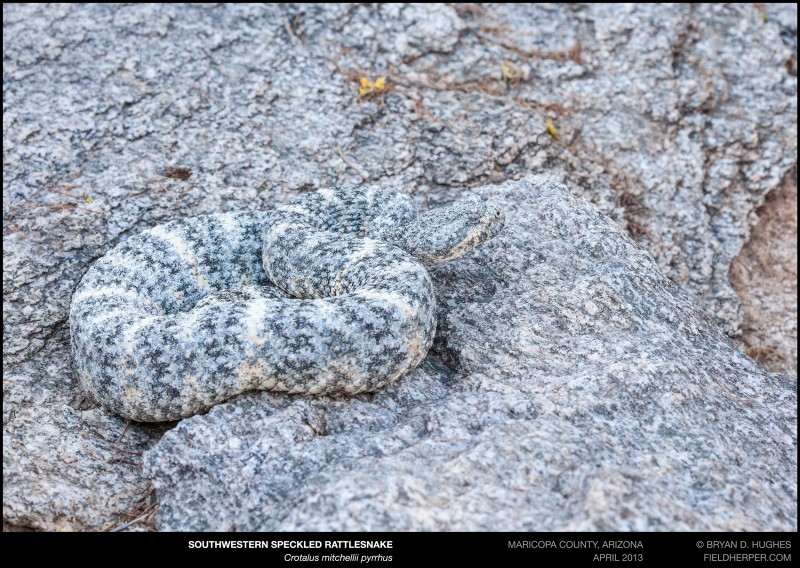 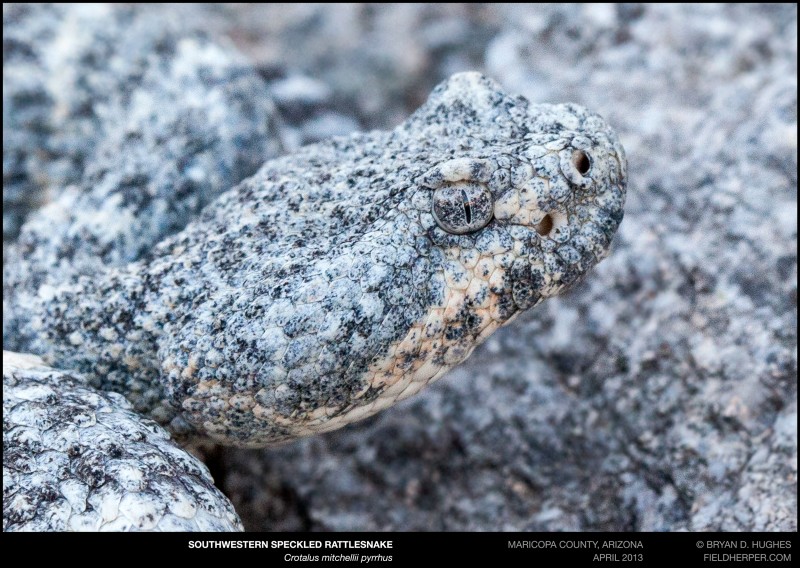 This entry was posted on Tuesday, November 12th, 2013 at 10:56 am and is filed under Field Herping, Photography, Snakes. You can follow any responses to this entry through the RSS 2.0 feed. You can leave a response, or trackback from your own site.