This time was ok though 🙂 This was during the solar eclipse that occurred in 2012, one of the most unique herping experiences I think I may ever have.

I was called to remove a speckled rattlesnake from a property near the Phoenix Mountains right as the eclipse started. Damn responsibility! My plans to try and safely see the eclipse were trumped by a service call, but of course it has to be done. I caught the snake, released it to the mountain, then rushed to a place I know to try and watch the eclipse. By looking through both of the dark rear windows of my FJ Cruiser, I could see it with only minimally intense pain to my eyeballs. 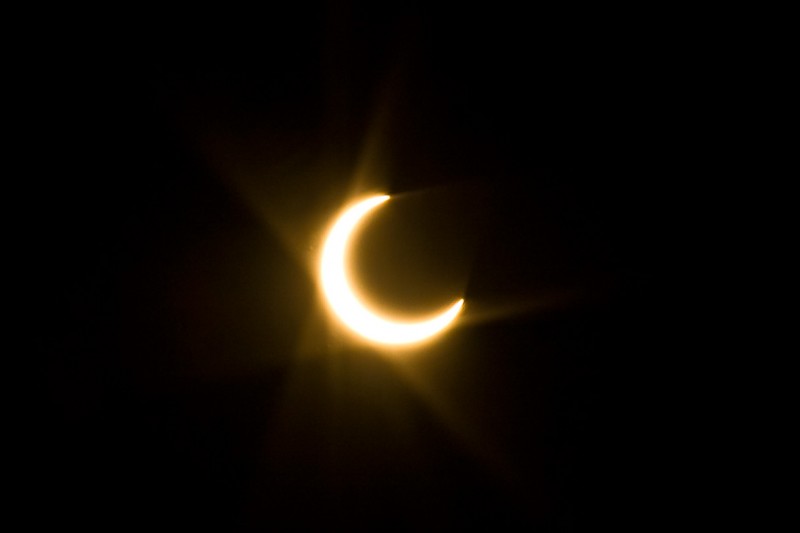 So, yes, very cool – but after 20 minutes, I got greedy. The light cast by this event was a strange orange twilight that covered everything, oddly dark with few shadows. What if I could find a rattlesnake really fast and get photos in this light? Silly and unlikely of course, but maybe I could scrounge up a diamondback – this was one of the places I frequented that year, and definitely possible.

5 minutes later, I am looking at this sight – an amazingly colored Southwestern Speckled Rattlesnake laying in ambush. This was not only an amazingly unique lighting situation, but the first of this species that I had seen in this location. 10 minutes left of odd light, this rock will have to do as a tripod. 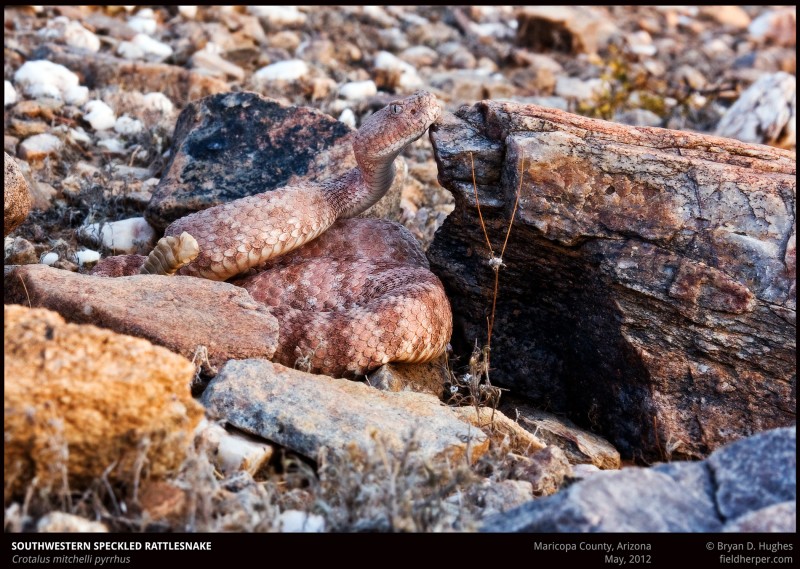 It’s not the best photograph I’ve ever taken, not at all, but I know I’ll never get another chance at that particular light. The chain of events were just a bit unreal.

And it wasn’t done yet.

When I was done photographing the speck, I went back to where I had dropped my camera bag to approach, and there is a tiger rattlesnake laying across it. Unbelievable! This is the first of many times I’ve seen this individual, out and about a full hour before he’d due to leave his cave (which he was doing like clockwork every day for the next month). The light was no longer good for it, so I just got the same old flash shot, but this snake was a total freebie. 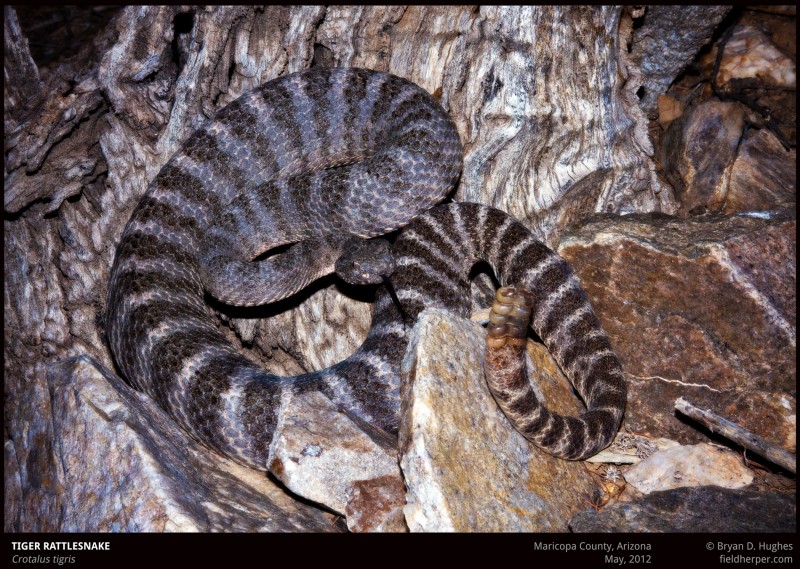 I did accidentally disturb the speck, before I saw the tiger, so I got another shot that’s a little more of the posed variety. It’s still cool. 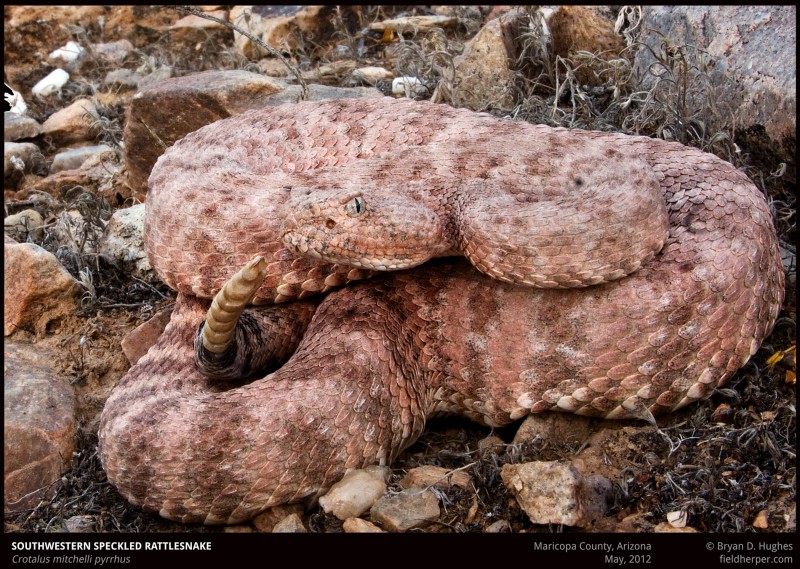 This entry was posted on Monday, November 4th, 2013 at 10:17 am and is filed under Field Herping, Photography, Snakes, Uncategorized. You can follow any responses to this entry through the RSS 2.0 feed. You can leave a response, or trackback from your own site.