Here’s a regal ringnecked snake doing it’s thing, terrorizing the predator (me!) that insisted on picking it up. In 2013 I was lucky to see a good amount of these, sometimes multiples in a day, out on the crawl on cool evenings with just a little sprinkle of rain.

Of course if you aren’t wanting to eat him, it just looks pretty. This is one of the pictures in my “show these to people who don’t like snakes” folder. 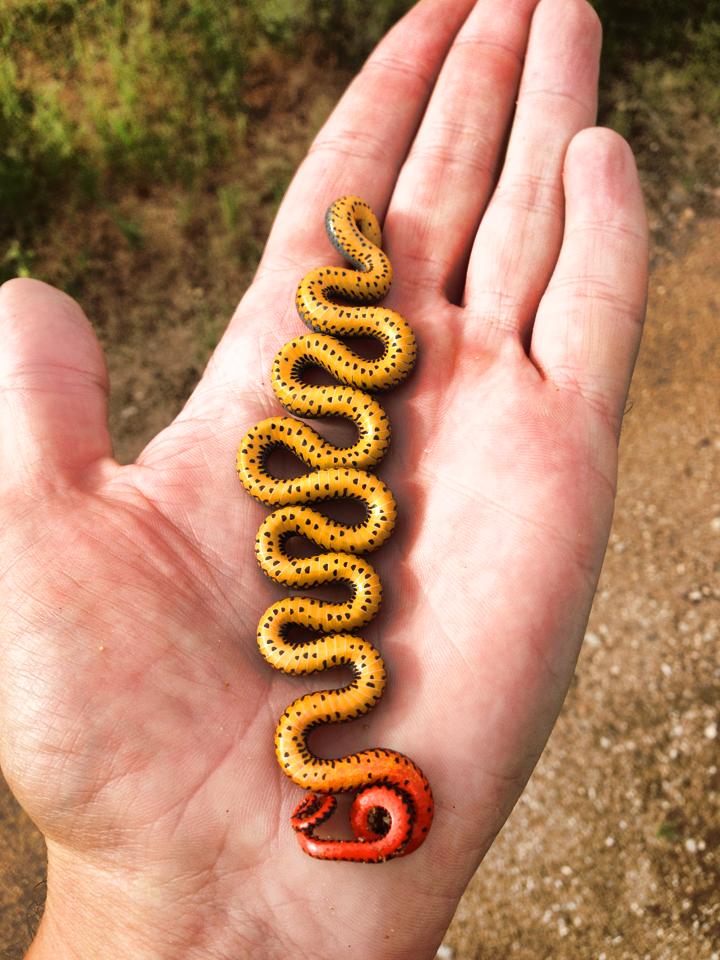 Here’s another one, photographed a different day to show the cool slate-grey topside. The grey is so perfect that I like to say it looks like someone forgot to paint the metal cast of the snake (I had some pewter dinosaur models as a kid). I’d say they look almost Elapid at times. 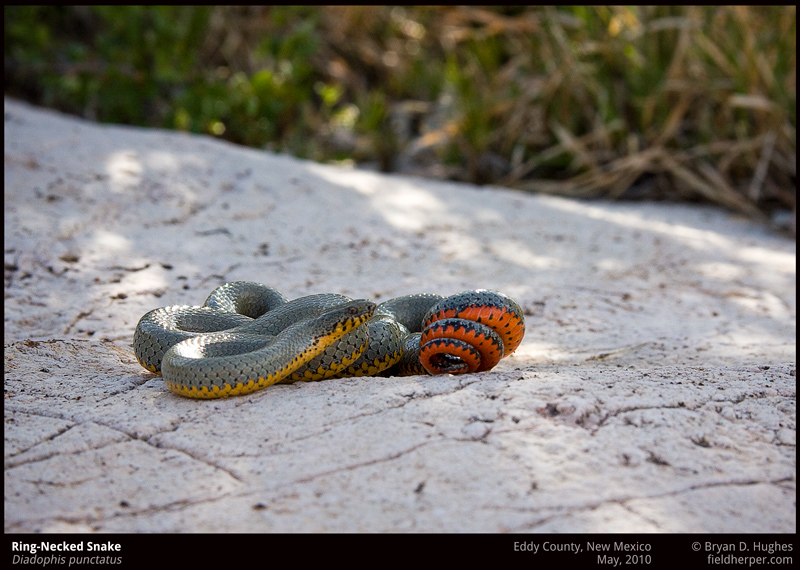 For contrast, here is a close relative of our Arizona species from Pennsylvania, where they are much more commonly seen and not quite as colorful. 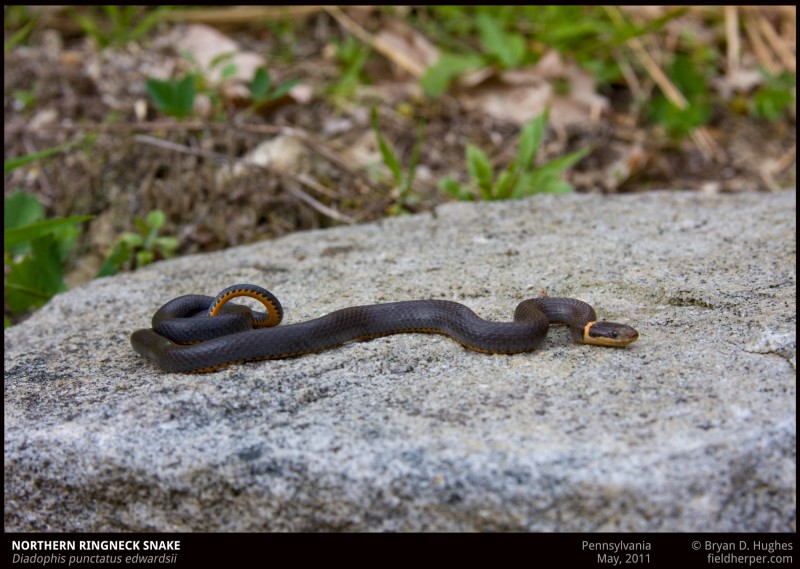 This entry was posted on Tuesday, February 18th, 2014 at 8:27 am and is filed under Field Herping, Snakes. You can follow any responses to this entry through the RSS 2.0 feed. You can leave a response, or trackback from your own site.