A Young Ridge-Nosed Rattlesnake in Arizona

The Ridge-Nosed Rattlesnake, Crotalus willardi, is probably the most sought-after rattlesnake in the country. They’re small and hard to find unless you know what you’re doing, which I officially don’t. I’ve seen less than 10 total. They’re awesome little snakes with a look that seems surprising they’d be in the US at all, with their lance shaped head and high-contrast white facial markings. I didn’t see one at all in 2009 (though I only looked once, to be fair), and I’ll have to fix that in 2010. 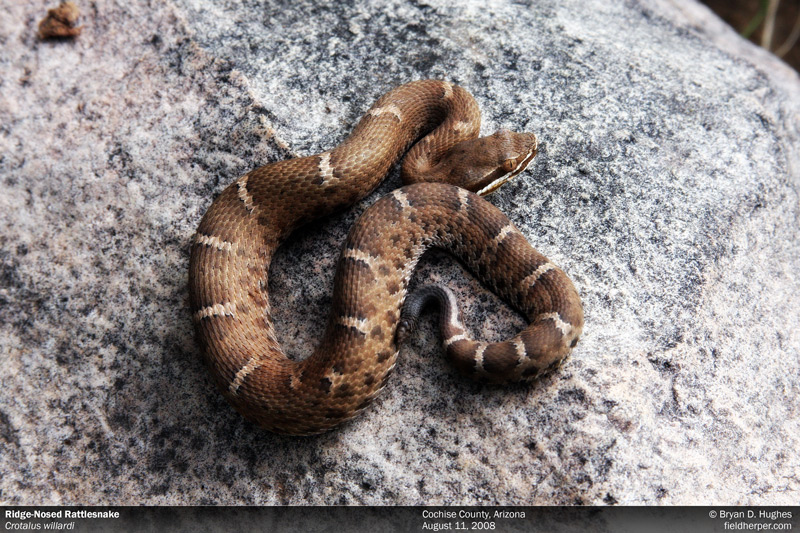 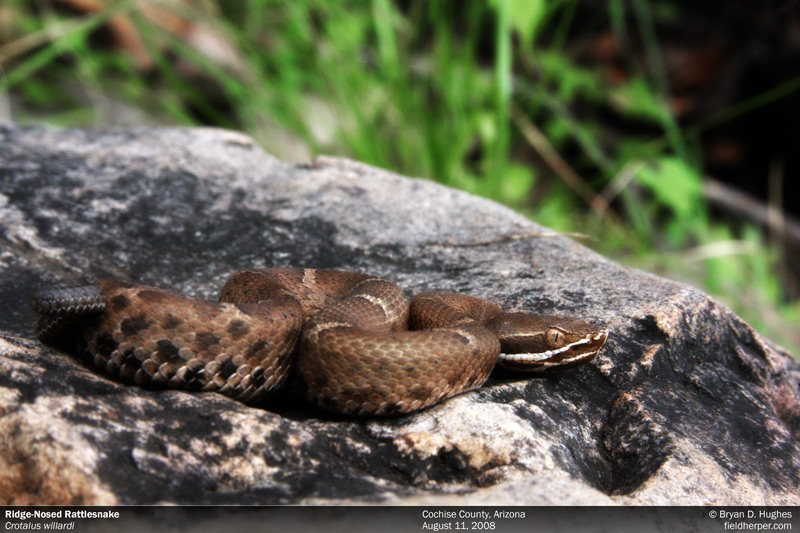 This entry was posted on Monday, March 29th, 2010 at 9:00 pm and is filed under Field Herping. You can follow any responses to this entry through the RSS 2.0 feed. You can leave a response, or trackback from your own site.