A Night in the Superstition Mountains. Diamondback, Blacktails, and a Lyresnake

My wife and I went on a quick trip to the Superstition Mountains and had a little success. We spent maybe the most productive hiking hour at Tortilla Flats eating hamburgers, which had to be done eventually. I’ve driven past the place more times than I can count, but I’ve always been on my way somewhere … so we stopped and it was well worth it. We got out in time to get to our location for a quick 30 minute hike before it was time to cruise, and it paid off immediately. Only a hundred yards into our hike we found a large Blacktail Rattlesnake, Crotalus molossus, cruising through a dry wash. It was my wife’s first blacktail, so we spent a lot of time with it and took a lot of pictures. 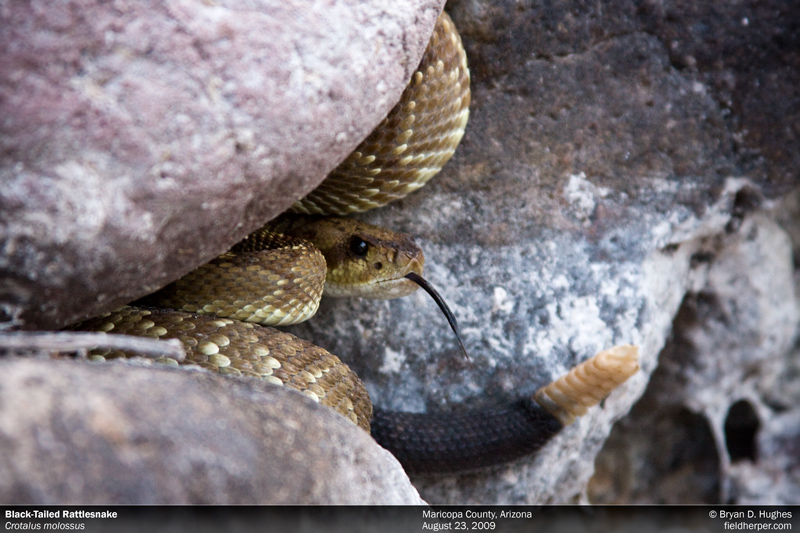 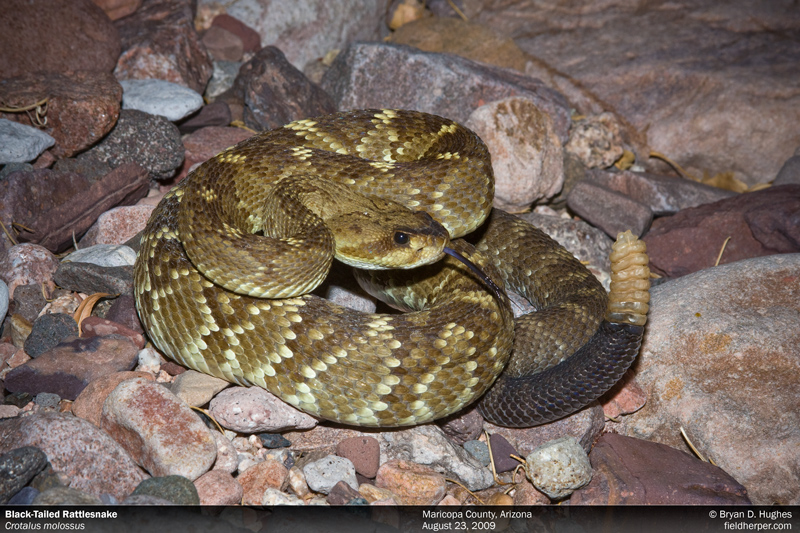 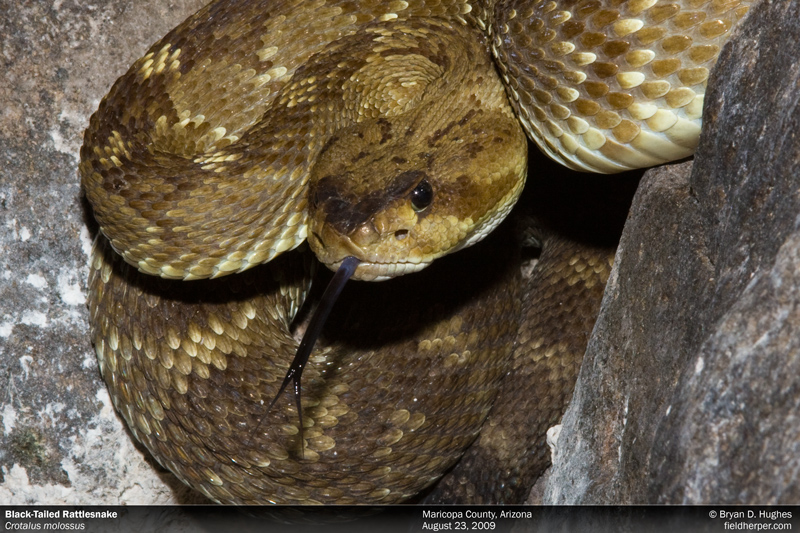 rattlesnake in the superstition moutains 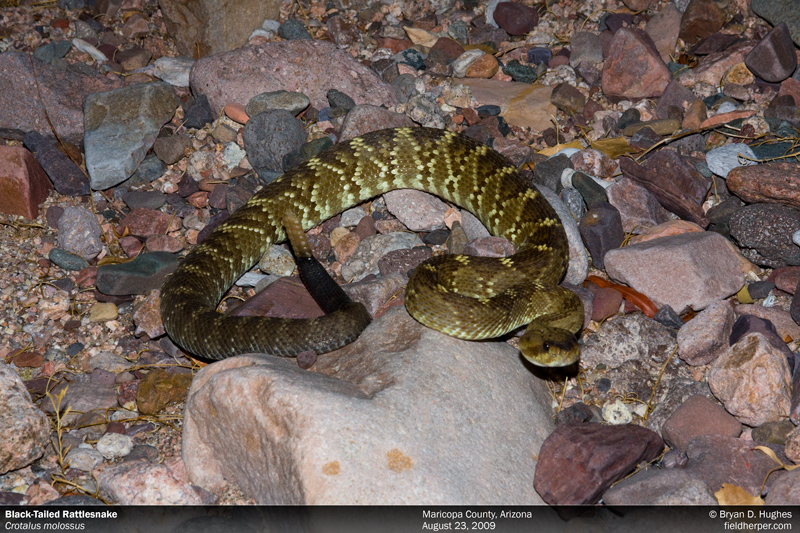 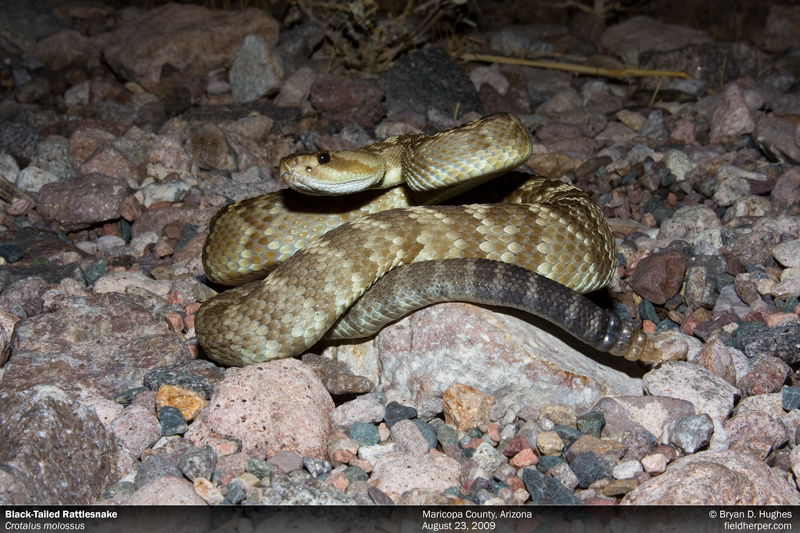 We got back to our car just before dark and found this baby Western Diamondback Rattlesnake, Crotalus atrox, right away. We didn’t take too much care with the pics on this one. Photographed and moved off the road. 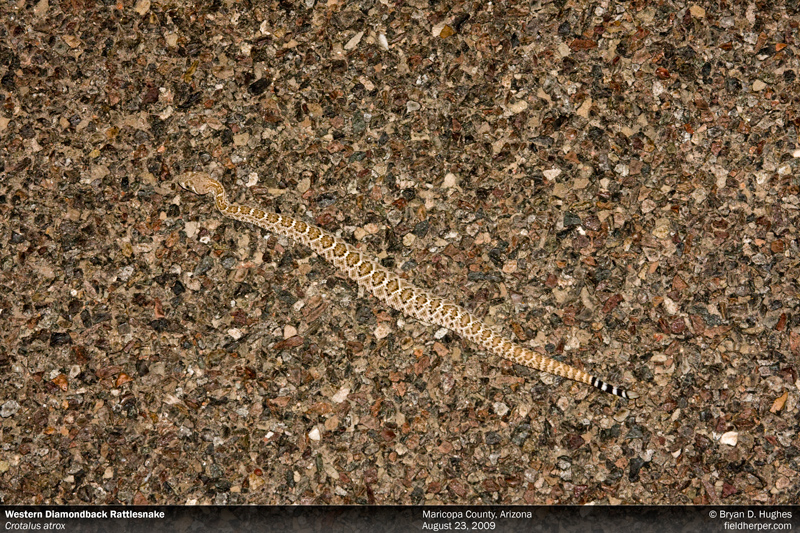 Then we found one of my favorite Colubrids, the Sonoran Lyresnake, Trimorphodon lambda. He had kind of a jacked up lower jaw as if he had swallowed part of it, but it looked to be healing, and it had some food in the belly, so it looks like he’ll be fine. 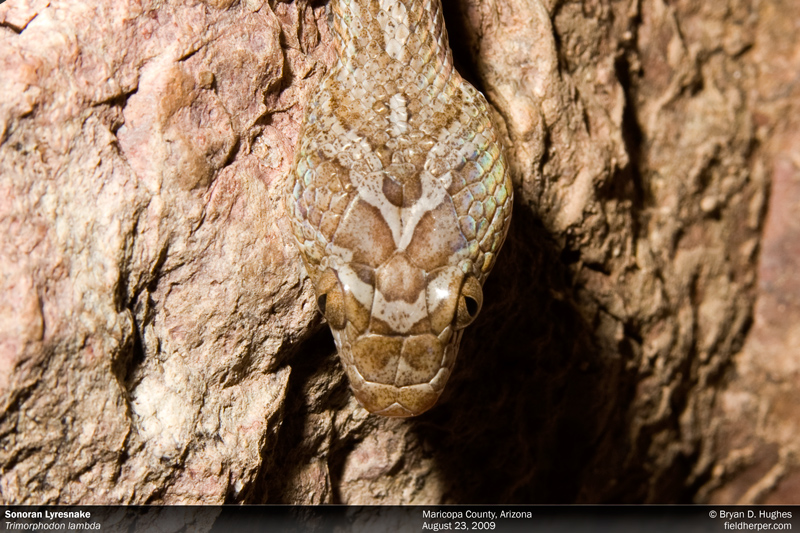 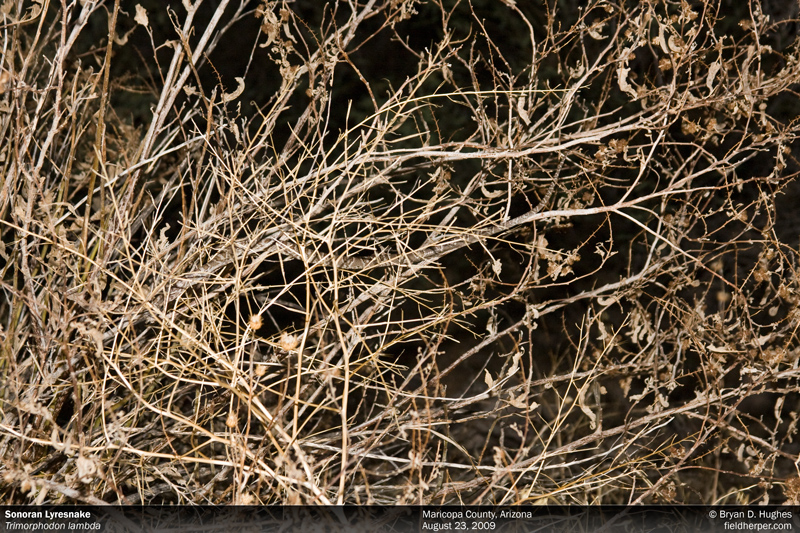 On the way out, we found the last thing I expected, a Couch’s Spadefoot Toad. These are pretty common during the monsoons in the flats, but we were still well within the foothills when we found him. Weird. 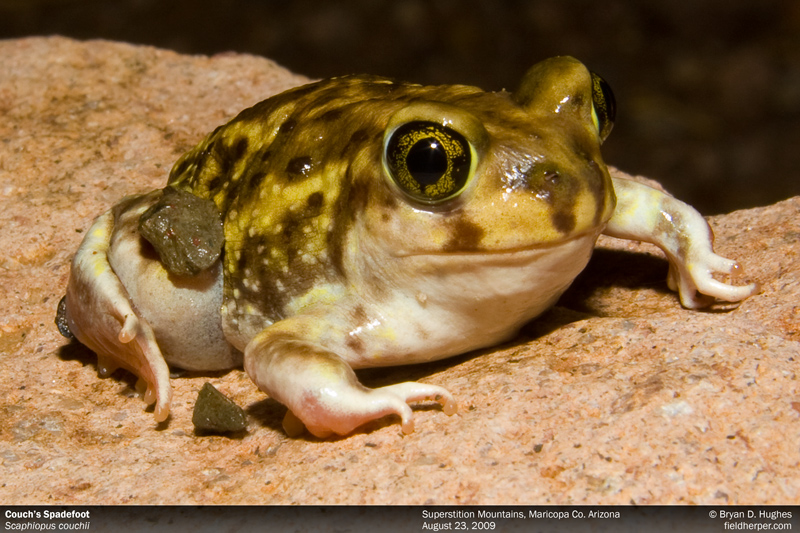 This entry was posted on Monday, June 14th, 2010 at 8:00 pm and is filed under Field Herping, Field Trips. You can follow any responses to this entry through the RSS 2.0 feed. You can leave a response, or trackback from your own site.

4 Responses to “A Night in the Superstition Mountains. Diamondback, Blacktails, and a Lyresnake”