For the non-herpers: A ‘lifer’ is the first encounter with an animal. What could be considered a first encounter differs from person to person. Mine is a satisfactory experience where I am able to photograph it and basically be in a situation where I can stare at it until I’m done. I saw my first Black-Tailed rattlesnake, for example, mid-exchange between two hot keepers in a Burgerking parking lot in Casa Grande, Arizona a few years ago, and that was not considered a life-list experience. My second was crossign the road in front of me on a one-lane and curvy, high-traffic mountain road in the middle of a thunderous hail storm. I decided it was too dangerous to leave the car parked in the middle of the road, so I watched it crawl off the side and disappear; also not a ‘lifer’. The third seen was resting at the base of a rock outcropping in the superstition mountains. I took a lot of pictures of it, and we parted on my terms. THAT one was counted.

Sometimes its better than others, but it’s always a premier find when you can knock something you’ve only seen in books and on the internet off the list, and say you’ve seen it. Some, like these three, were found while looking for a different target. For this one, the target was the Arizona Ridge-Nosed Rattlesnake (Crotalus willardi), which is a protected, endangered species and maybe the most highly-prized field herping find in the U.S. I am sure lots of herpers would have something to say to that statement, but there’s a reason herpers flock to S.E. AZ every monsoon season, and it has a lot to do with willardi.

These are 3 lucky lifers found on the search for willardi this year.

An Eastern Patch-Nosed Snake; my first. 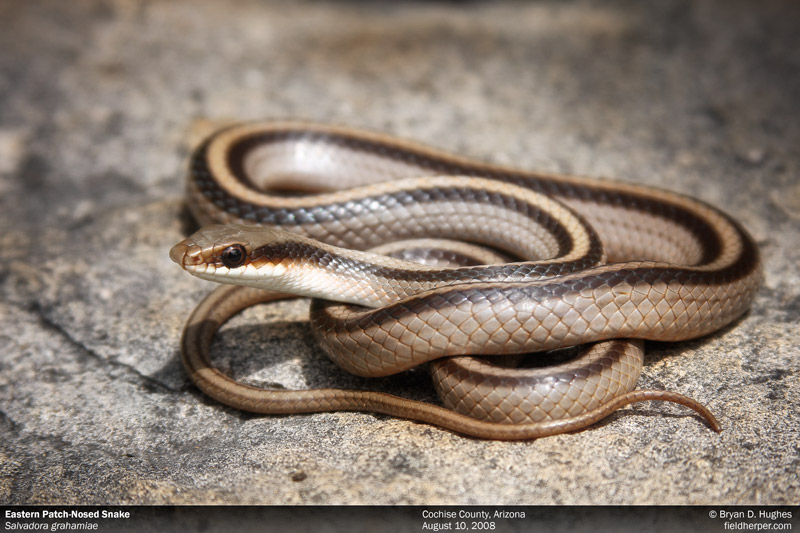 A Mexican Spadefoot Toad (Spea multiplicata); also my first one of these. 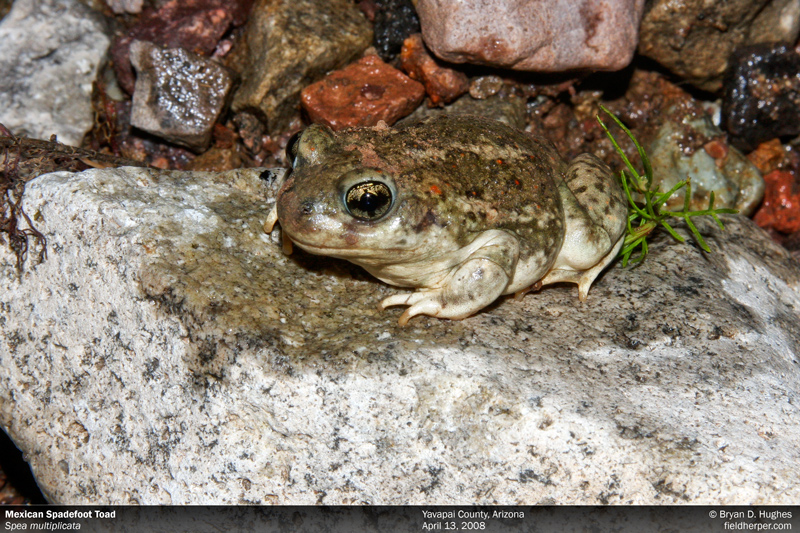 … and a Chihuahuan Black-Headed Snake (Tantilla wilcoxi); my first, and probably my last for a very long time, if ever again.

4 life-listers in one trip is a good weekend in any herpers book. What’s the 4th? Crotalus willardi, the Arizona Ridge-Nosed Rattlesnake. I’ll post that one in a few days.

This entry was posted on Saturday, August 30th, 2008 at 7:09 pm and is filed under Field Herping, Field Trips. You can follow any responses to this entry through the RSS 2.0 feed. You can leave a response, or trackback from your own site.